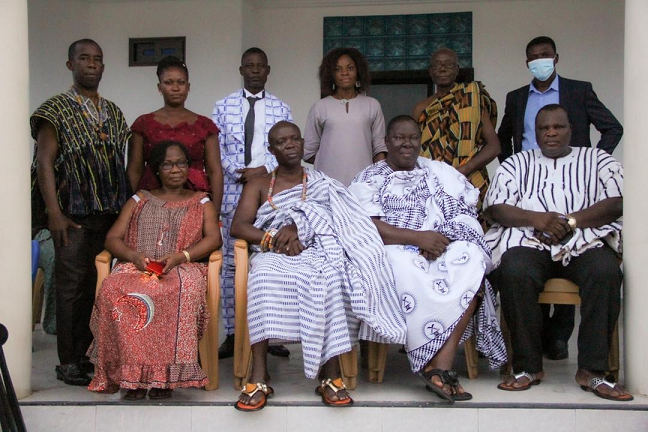 A community development initiative has been launched in the Mafi-Kpedzeglo Community of the Central Tongu District of the Volta Region.

The Mafi-Kpedzeglo Community Foundation was formed to coordinate resource mobilisation efforts towards the growth of the community.

Dr Ben Ocra, President of the Ghana Philanthropy Forum, which promoted the concept, said the Foundation was a “public charity” that would facilitate financial donations, volunteerism, and other forms of support.

He said efforts to stimulate the development concept in Ghana were being supported by the Charles Stewart Mott Foundation-USA, which had committed to strengthening philanthropy, opportunity, and civic engagement to improve local communities.

Dr Ocra noted that the concept had passed the development test in several advanced societies and appealed to the people of the community to help make it serve their needs.

“In general, a Community Foundation is expected to serve as a neutral convener, bringing diverse opinions and players together for the good of the whole community. In this sense, the community foundation serves as a catalyst for addressing issues facing the community,” he said.

“The establishment of the Mafi-Kpedzeglo is meaningless if it does not bring about the desired development in the community.

“Again, it is meaningless if it does not align with or complement the development agenda of the community, district, constituency, region, or country. The Mafi-Kpedzeglo Foundation sets the stage for strategic community-wide resource mobilisation and usage in this community.

“When Investors, Philanthropists, and developers come to this community, remember to alert them of your Community Foundation”

The launch also occasioned the installment of Mr Korsi Doh Aholife as Headman (Dutator) for the community to end 20 years without a substantive leader.

Dutator Aholife, an educationist, launching the Foundation, said it would focus on improving the health, education, and welfare of the citizenry.

He said a community welfare scheme would help to raise not less than GHC 50,000.00 annually to lay the foundation for education and skills training for the children.

“Let us remain united, understanding and law-abiding let us all invite all citizens to our fundraising programmes. Let us all take the education of our children seriously so as to give them a brighter future,” Dutator Aholife said.