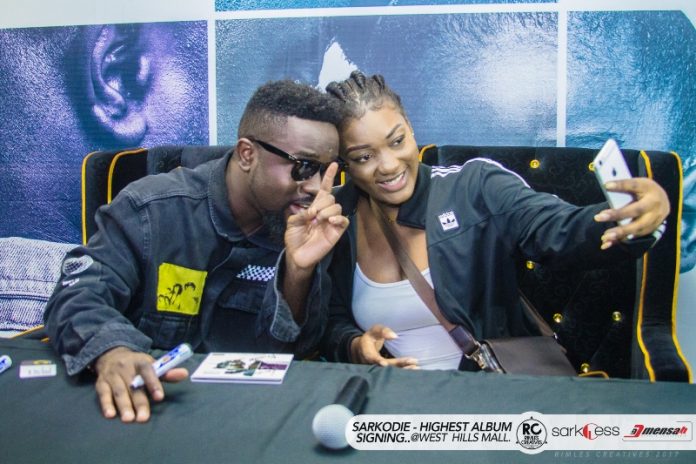 1 of 48
Notable among them were DKB, Doctor Duncan, Dr. Pounds, Magnom, Medikal, StrongMan, B4Bonah, Foster Romanus, Wisa, Article Wan and many others. Sarkodie’s lady, Tracy Sarkcess, was also there to support.

DJ Mensah was at his best shuffling records from the album while fans, in turns, bought hard copies of the album, plus other SarkNation souvenirs which got autographed by Sarkodie.

The numbers at West Hills Mall was just incredible; estimated to be a little over 3,000 audience – the venue was so packed it couldn’t contain the audience.

3 Critical Factors to Consider Before Investing In Real Estate, As Per Ryan Rezaie