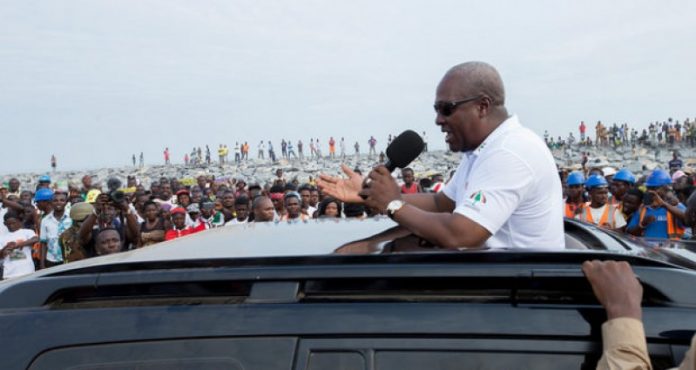 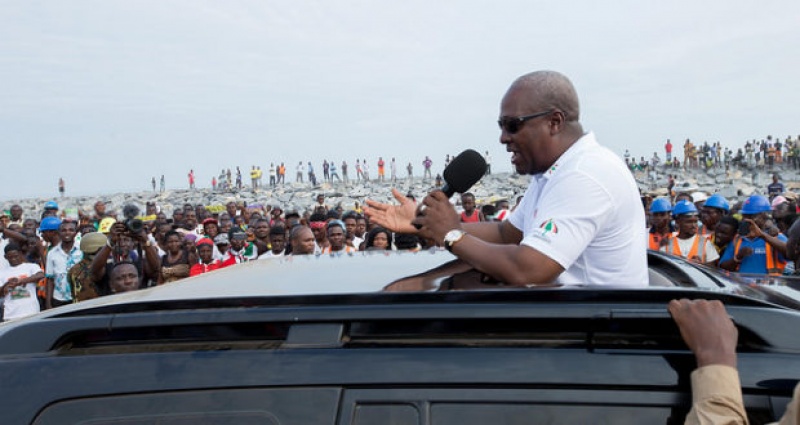 President John Mahama has cautioned the youth in Zongo communities not to allow themselves be used to cause trouble during the December polls.

According to the President, the phenomenon of politicians using others, especially persons in the Zongo communities to do their dirty works on election day must cease.

“We want this election to be peaceful. Ghana is the only country we have, so let’s vote in peace. We don’t want to hear that the youth of Zongo have been used to foment trouble or cause any fight during the polls. Let’s not allow our children from Zongos to be used,” Mahama told chiefs and people of the Zongo community at Obuasi on his tour of the Ashanti region.

“ We are not soldiers. So I’m telling my Zongo brothers not to allow themselves to be influenced to cause trouble during the elections” He stressed.

The chiefs commended the President for the numerous projects executed by his administration in the community and the nation at large. They proceeded to install president Mahama ‘Mpuntuohene’ (Development Chief) of the Zongo communities.
The president was decorated with ‘Agbada’.

President Mahama is on a 4-day tour of the Ashanti region ahead of the December polls.