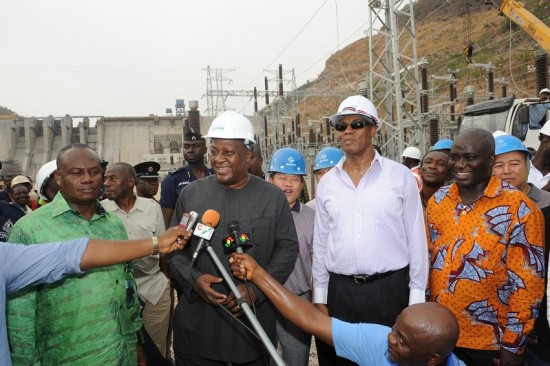 The proverbial law of the boomerang, or condign recompense, it has been observed for ages, does not disappoint. Which is why I was beside myself with amused contempt, recently, when a news report appeared on one of the Ghanaian media websites suggesting that the pathologically self-righteous and imperious National Democratic Congress’ Member of Parliament for Bawku-Central, Mr. Mahama Ayariga, had taken to his Facebook Wall to bitterly complain that while cutting the sod to commence work on the 400-Megawatt Bridge Power Project in the nation’s industrial township of Tema, sometime last week, President Addo Dankwa Akufo-Addo had deliberately and conspicuously ignored or refused to acknowledge the fact that the contractual groundwork for the LPG-fired power plant had been initiated by his immediate predecessor, to wit, former President John Dramani Mahama (See “Mahama Ayariga Exposes Akufo-Addo” Ghanaweb.com 5/3/17).

This is quite interesting if also because the notorious former Minister of the Environment, Science, Technology and Innovation had also scandalously failed to point out the fact that not very long ago, when President Mahama had the rare privilege of inaugurating the Bui Dam Power Plant, which was in its final stage of completion and generation of supplemental hydroelectricity, having been built by former President John Agyekum-Kufuor to commence supply of energy to the northern-half of the country, the former Atta-Mills arch-lieutenant openly and arrogantly refused to publicly acknowledge the man who made it all happen at Bui. But, of course, what was even more scandalous about the Bui national contretemps, unlike the Tema Bridge Power sod-cutting ceremony, was the fact that former President Kufuor had been physically present at the site.

I vividly recall writing at the time that Mr. Kufuor had deservedly been accorded “a Bronx Cheer.” The former President may obviously have been thumbing his nose at the then-twice-defeated Nana Akufo-Addo, whom he had been widely rumored to have been in acute disfavor of. Anyway, a Bronx Cheer is a New York City baseball slang that roughly translates into the equivalent of a boo or a well-orchestrated snub in Ghanaian political parlance. Relatively speaking, Mr. Kufuor deserved far greater credit for the construction of the $600 million Chinese-sponsored Bui Dam Power Project than could be credibly argued for the man who publicly and heartily celebrated the death of his former boss and immediate predecessor as an auspicious act of Providence.

But even more significantly, if Mr. Ayariga had possessed even a marginally passable appreciation for the nuanced language of an adult Ghanaian politician, he would have clearly heard President Akufo-Addo implicitly lament the fact that the overwhelming majority of these power-plant construction contracts ratified by the NDC Abongo Boys had been so amateurishly executed as to render these projects virtual white elephants. In all likelihood, significant portions of the Tema Bridge Power Plant had had to be renegotiated in order to make the entire project worthwhile. And so if anything at all, Mr. Mahama really ought to be reprimanded for creating far more problems than he had pretended to have attempted to solve.

Indeed, not very long ago, Vice-President Mahamudu Bawumia gave us the whopping statistical figures vis-à-vis the amount of money that the Akufo-Addo Administration, within just three months of the assumption of the democratic reins of governance, had been able to save the Ghanaian taxpayer in the process of having a remarkable number of these amateurishly ratified energy-sector contracts entered into by the Mahama regime successfully renegotiated. Indeed, in a functioning first-rate democracy, impenitent rogues like Mr. Ayariga and his boss would be awaiting trial for sedition and corruption. As for this farcical crap about Mr. Ayariga’s having supposedly exposed President Akufo-Addo, the least said about the same, the better. Dignifying abject ignobility is the last thing that any levelheaded Ghanaian citizen and/or thinker may want to entertain.