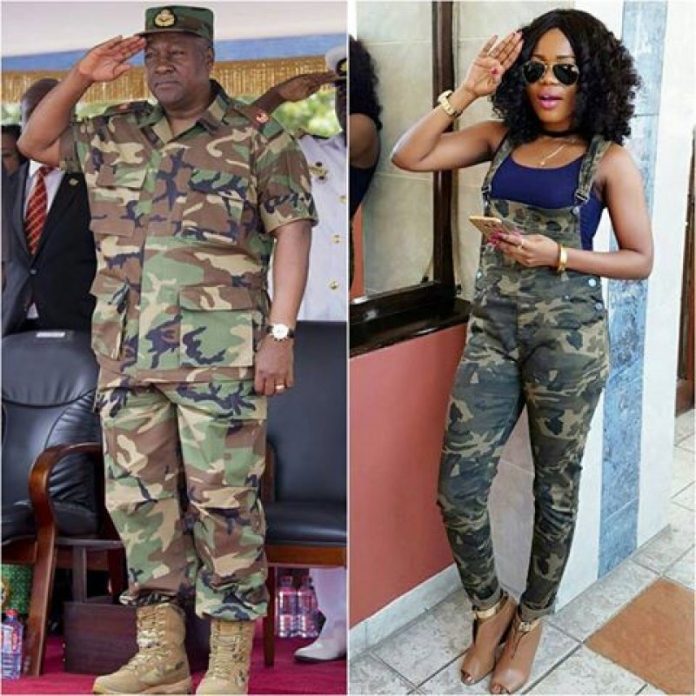 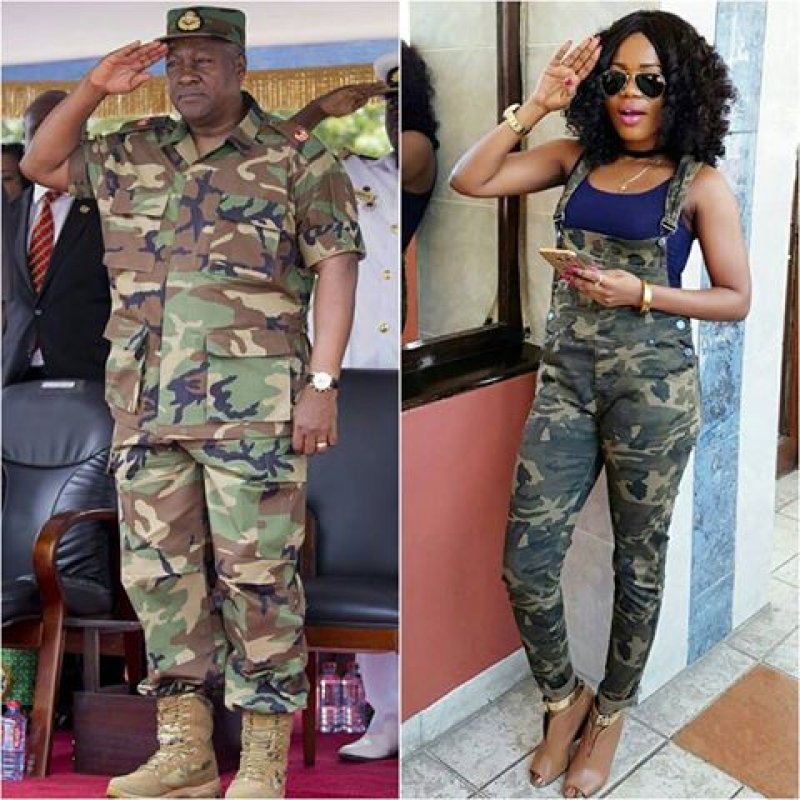 President John Mahama has lauded hiplife songstress Mzbel for her support and hard work going into the 2016 elections.

Mahama on his Instagram page yesterday posted a photo of the singer captioned: “My crazy, controversial, troublesome, hardworking, fun but shy daughter @mzbelmusic thanks for your support”.

The ‘16years’ hitmaker came under verbal attack after she together with other celebrities openly declared their support for President Mamaha and the NDC.

Unmoved by the verbal attack, the songstress composed a song titled ‘JM Toaso’, where she urged the people of Ghana not to give up on President Mahama.

She also did a photo shoot wearing the party’s colours with its green book which consists of all it has achieved since it took over power.

Mzbel is among several celebrities like actor John Dumelo and Mr. Beautiful who have come under several attacks on social media for their political stance towards the ruling NDC.