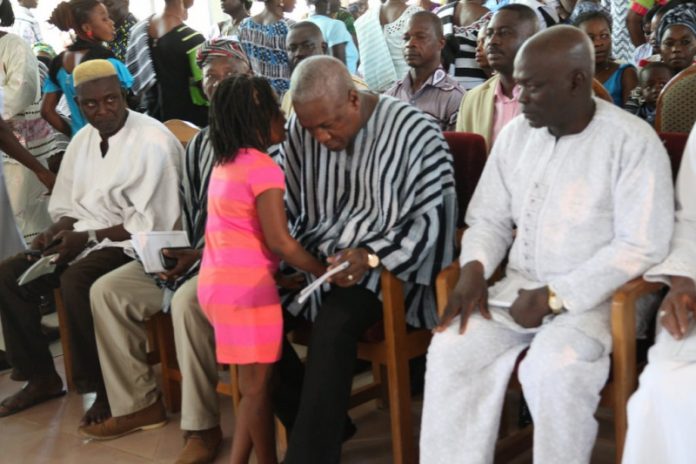 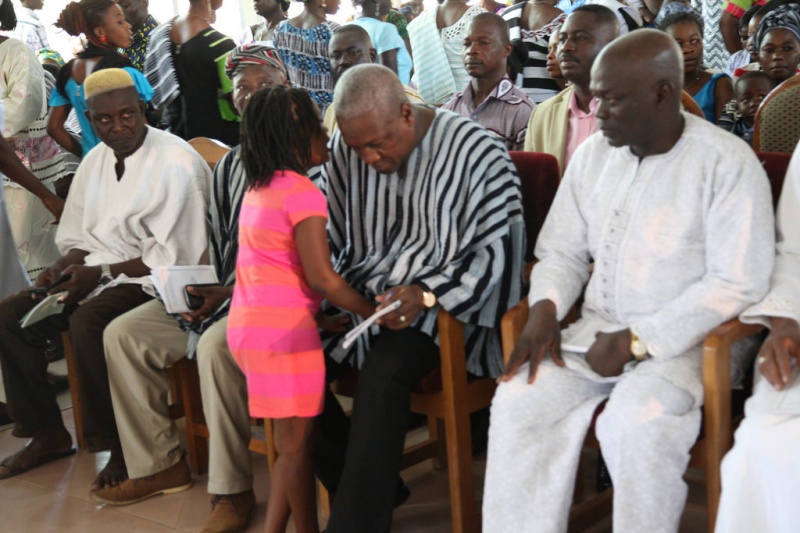 President John Mahama is beginning a four-day campaign tour of the Ashanti region – the fortress of the main opposition New Patriotic Party (NPP).

Mahama as part of his tour is expected to inaugurate two community day senior high schools in the region as well as call on the Asantehene Otumfuo Osei Tutu II.

The President will also join residents of Asawase for a health walk. The tour of the National Democratic Congress flagbearer of the Ashanti region considered as the ‘world bank’ of the opposition NPP is aimed at helping the party garner the one million votes target in the region.

President Mahama is moving his campaign to the Ashanti region after a similar exercise in the Eastern region last week.

The President’s tour begins with an address to chiefs and people of New Edubiase at a Grand Durbar at Apagya. Currently New Edubiase is one of only three constituencies held by the NDC in the Ashanti region.