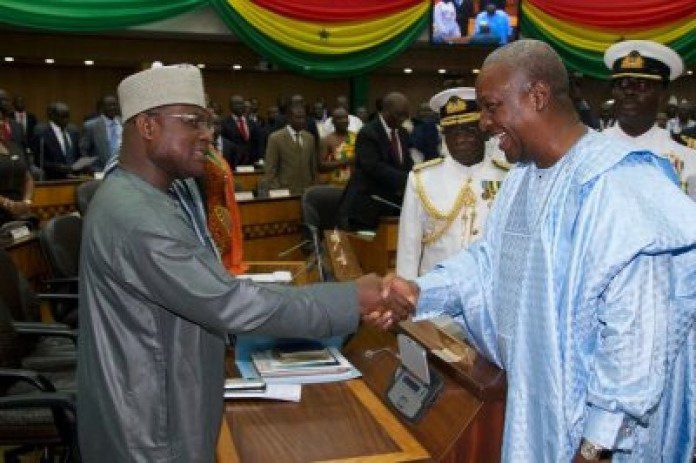 President John Mahama has accused the minority NPP in Parliament of sleeping on the job.

According to him, the Minority’s recent claim at a post-budget press conference that they don’t know what his Government has been using all the money his administration has borrowed for, makes them undeserving of being in Parliament. “Then it means they are sleeping in Parliament because this government cannot borrow one single loan without taking it to Parliament for approval. And in the approval, you have to write everything you are going to use the money for. So, if you are the same people approving the loans for us in parliament and you say you don’t know what we are doing with it, then you don’t deserve to be in parliament,” Mr Mahama responded to his critics when he addressed NDC members in the Volta Region to wrap up his ‘Changing Lives, Transforming Ghana’ tour.

“…It is just part of the disinformation…they say: ‘Oh you’ve borrowed a lot of money, we don’t know what you’ve done with it.’ So, have you been sleeping?” the President asked the Minority.