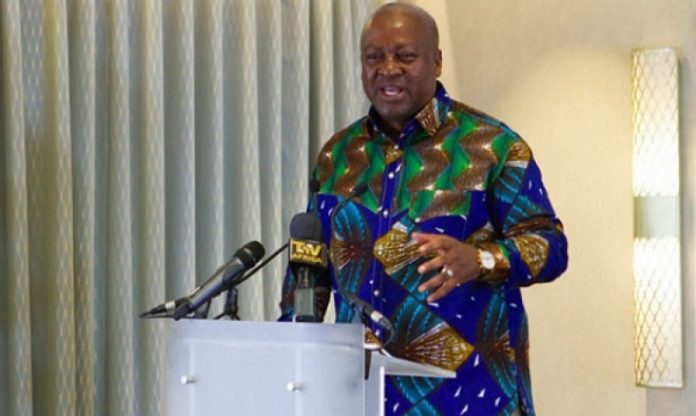 President John Dramani Mahama has asked Ghanaians to desist from all forms of political malpractice with barely a month to general elections.

In a letter to Ghanaians, Mr. Mahama touted his government’s achievements adding that he is confident Ghanaians would give him a second term due to his good works.

“In our difficult moments, my government has shown sensitivity to the plight of the Ghanaian. Till this date, my appointees and I have taken pay cuts to support efforts to reduce maternal and child mortality. A directive to provide government vehicles with specialised number plates (green) is being implemented.

“Apart from this, ministers and political appointees were migrated onto the prepaid metering system for electricity supply and billing. As a social democratic party in government we have taken steps to rationalise the anomalies in the Electricity Company’s billing system to the relief of consumers. Recently, students’ loans have been reviewed upwards with an enhanced package for fresh students and the producer price of cocoa has been increased to an all-time high.”

The letter added “I have also on several occasions reiterated my belief in the fact that this election has nothing to do with insults and that the need for sensitivity and decorum should continue to be our guiding principle. I wish to reiterate that the health of candidates, issues relating to their families and I must add their children, especially, are off limits and I call such violations ‘political malpractice.”

President Mahama who is campaigning in the Ashanti region also thanked all Chiefs in the region and other parts of the country for their warm reception and kind gestures during his visits.

Attached is the full letter to Ghanaians by President Mahama