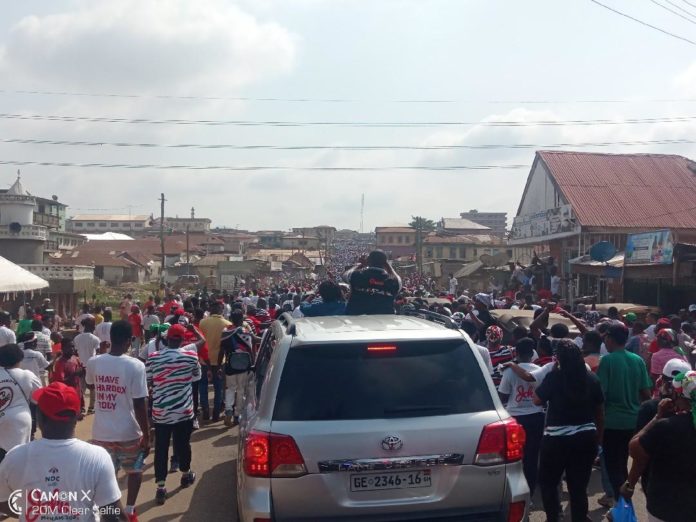 Mr John Dramani Mahama, Presidential Candidate, National Democratic Congress (NDC) on Sunday brought his three-day campaign tour of the Ashanti Region to a close with a route march through some principal streets in Kumasi.

The route march, which attracted a huge party supporters and sympathizers was in honour of the late former President Jerry John Rawlings, the Founder of the NDC.

At the end of the route march, Mr Mahama presented all the Party’s PCs in the Ashanti Region to the participants and urged voters in their respective constituencies to vote massively for them as their Members of Parliament and for him as President.

Mr Ofosu-Ampofo, who described the Presidential Candidate as the king of development, appealed to Ghanaians to vote massively for the NDC to come back to power to continue its good works.