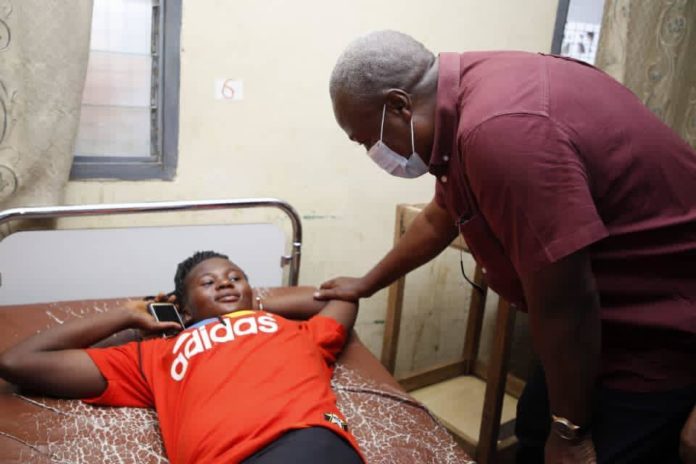 The National Democratic Congress (NDC) will foot the medical bills of injured supporters involved in an accident on the Frante-Ejura road on their way to a mini rally at Ejura in the Ashanti Region.

Mr John Dramani Mahama, Presidential Candidate of the NDC, expressed his condolences to the bereaved families and said the Party would take care of the medical bills of all the injured.

Six supporters of NDC died on Saturday when the cargo truck on which they were travelling from Frante a nearby community to a mini rally at Ejura was involved in an accident on Frante-Ejura road.

Fifty others sustained various degrees of injury and are currently receiving treatment at the Ejura Government Hospital.

Following the accident, the NDC leadership decided to go ahead with the rally in honour of the injured members and departed their comrades.

Mr Mahama said: “This evening as we entered Ejura township, the matter we came to meet was not good news. And so, as we were entered, we want straight to the Ejura Government Hospital and what we saw there…”

“What we saw, I made up my mind to cancel this rally, but our National Chairman said a huge crowd had gathered at the rally grounds waiting to hear from the Party leadership. If we say we are going to cancel the rally, it may not be good.

“So, we have to hold this rally in honour of our injured comrades and those who have lost their lives, so that on 7 December, when victory becomes ours in Ejura here, it means their suffering was not in vain,” he said.

“We express our condolences to the families of those who have lost their lives.

Those who have being injured, we have left money for anything concerning hospital and whatever we should be doing for them to recover.”

Mr Njourkone in an interview with the media, said the driver of the cargo truck, in an attempt to swerve a pothole, somersaulted in the process.