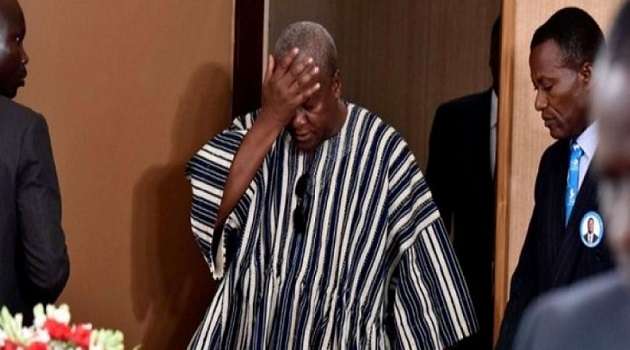 The notion that, somehow, the Mahama cabinet appointees who brazenly signed onto the petition seeking to nullify the Supreme Court’s sentencing of the Montie Three to 4 months’ imprisonment, for threatening to rape Chief Justice Georgina T. Wood and summarily liquidate the rest of her associates, was done on the blind side of President John Dramani Mahama could not be more absurd (See “Montie 3 Petition: Sack Ministers for Disrespecting Mahama – PPP” Citifmonline.com / Ghanaweb.com 8/6/16).

There is an Akan proverb that says that “A crab does not beget a bird.” In other words, the ministerial scofflaws who signed the petition to have the President promptly nullify the Supreme Court’s decision in the Montie Three’s sentencing, among them Foreign Minister Hanna Tetteh; Deputy Education Minister Samuel Okudzeto-Ablakwa; Tourism and Culture Minister Elizabeth Ofosu-Agyare; and Education Minister Jane Naana Opoku-Agyeman, may well have been acting at the behest of President Mahama, else Mr. Okudzeto-Ablakwa would not be thumbing his nose at critics by saying that if he had to do it again, he would not bat an eyelid.

We must also bear in mind that the preceding ministers are cabinet appointees who are in regular communication with their boss, including attendance at weekly or biweekly cabinet meetings. My hunch is that they may very well have discussed the Montie Three with the Chief Resident of the Flagstaff House and come up with some ways by which to circumvent the Supreme Court’s decision without bringing Mr. Mahama into direct confrontation with the Wood Supreme Court and the possible provocation of a constitutional crisis. And so it is rather naïve, to speak much less of the downright pathetic, for apparently wild-eyed politicians like Nana Ofori-Owusu, the Operations Director of the Nduom-founded and owned Progressive People’s Party (PPP), to suppose that the President just woke up this morning only to be rudely startled with this flagrant petition drive. He may very well have put the so-called Research and Advocacy Platform (RAP) group, claiming to be the prime sponsors of this petition drive, up to the same.

Make no mistake; after all, wasn’t it Mr. Mahama’s immediate predecessor and late boss, President John Evans Atta-Mills, who instigated Dr. Edward Omane-Boamah and Mr. Okudzeto-Ablakwa to take Mr. Jake Obetsebi-Lamptey, the late former National Chairman of the New Patriotic Party (NPP), to the Supreme Court over the wrongful purchase of state-owned real-estate and landed properties, knowing full well that it was the Jerry John Rawlings-led government of the National Democratic Congress that initiated the entire kleptocratic practice? And when the Supreme Court returned a decision that pointedly exposed the abject hypocrisy of the NDC Abongo Boys, didn’t President Mills, a well-respected former law professor of the country’s flagship academy, the University of Ghana, staunchly back Messrs. Omane-Boamah and Okudzeto-Ablakwa’s adamant refusal to comply with the Supreme Court’s order to promptly return Mr. Obetsebi-Lamptey’s legitimately acquired properties to the former Kufuor cabinet appointee until it suited the plaintiffs to do just that?

And for their reward, today, Dr. Omane-Boamah, a former junior cabinet operative, is the substantive Communications Minister. For his part, Mr. Okudzeto-Ablakwa was transferred from the defunct Ministry of Information and named Deputy Minister of Education for Tertiary Affairs, where he has been steadily and systematically doing irreparable damage to the creative imagination of the country’s future leaders. Nana Ofori-Owusu would be better off dissuading his paymaster, Dr. Papa Kwesi Nduom, from his perennial quixotic attempt at playing the Donald Trump of Ghanaian politics, to wit, a filthy-rich cutthroat capitalist with maniacal flirtatious penchant for Kremlin-type state capitalism.