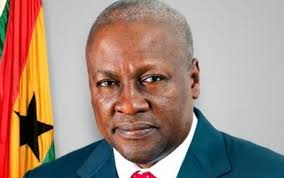 Since all the major factors of AAF(Exchange rate and price of fuel per barrel on the international market) have reduced hugely, it should automatically affect the price of petrol hugely and not the increament of the about 50gh pesewas(3%) of the price of petrol now.

In 2008, under Kuffour/NPP’s rule, TOR(Tema Oil Refinery) was working and refining the fuel we bought from the international market for us here in Ghana, fuel wasn’t drilled in Ghana, the cedi to dollar was 1.1gh cedis, the International market price of fuel was 145 dollars per barrel and petrol was sold in Ghana at 3.5gh cedis per gallon.

In Oct 2014, under Mahama/NDC’s rule, TOR isn’t working, the BDC(Bulk Distributor Companies) buy the already refined fuel from outside into Ghana, fuel is now being drilled in Ghana, the cedi to dollar is 3.1gh cedis, the international market price for fuel is now 57 dollars per barrel and petrol is now sold at 15gh cedis per gallon.
(BDC bringing the refined fuel from outside into Ghana is more expensive than the fuel being refined by TOR in Ghana)

Meaning if the price of fuel on the international market during 2008 was as it is now and thats it being a 61% reduction of the price of fuel now, it would have been likely kuffour would have sold the petrol at that time at far below half of how he sold it then and that will have been around about 1.5gh cedis which is far below half of what he used to sell it(half of 3.5gh=1.75gh) but due to the import of refined fuel directly by BDC from outside which makes the price of petrol a little expensive than refining it here with TOR, kuffour would probably have sold it a little higher around an estimated price of about 2gh cedis per gallon.

So meaning to get the actual price of petrol now since the dollar was 1.1gh then but 3.1gh now, it will be wise to multiple the 2.0gh by 3 to get 6gh cedis to get its dollar equivalent now.
Finally, with us considering all the minor factors such as generation mix, operation cost, management cost and other minor costs which doesn’t affect the price of petrol so hugely, it means the petrol should now be sold at between 7.5-8.5gh cedis and thats by adding an additional 1.5-2.5gh cedis to the 6gh to absorb and cater for all the minor costs and this will thus repesent a reduction of the current price of petrol by about between 50%-43% and not the 3% increase NPA through the Finance Minister Seth Tekper announced recently in parliament when he was reading the 2015 budget.

Meaning from my analysis petrol should be sold in Ghana at between 7.5-8.5gh cedis and not the 15gh cedis.

*Why Mahama and NPA are Wicked, Cheats and should reduce the Petrol price now*
They are wicked and cheats because they have chosen to sell the petrol to Ghanaians at a cutthroat price. They forced Ghanaians to pay for any price increases in the main factors of AAF according to AAF but don’t want to reduce it when such prices of same factors go down, all because most leaders in this NDC govt are rumoured to own or hv shares in these BDCs, enjoy in their gains and a reason why most critics feel a reason why the mahama/NDC goverment and the NPA dont want to reduce the price of petrol whiles its due us and should rightly be done now.

#kick mahama out
#may God b praised always