President John Dramani Mahama said Thursday his vision for the health sector during his tenure has been to provide improved health facilities and trained health workers in every corner of the country. 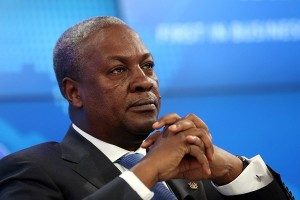 To this end, he said, the construction of new regional hospitals in Bolgatanga, Wa and Accra was dramatically improving the health outcomes for many thousands of people.

“New district hospitals in districts across the country, including the recent ones for which I cut sod in Wheta, Somanya, Buipe, Tolon and Sawla have and will advance even further our policy of providing every district with a first class health facility,” President Mahama said in his last State of the Nation Address to Parliament as he prepares to handover governance to Nana Addo Dankwa Akufo Addo, the President-Elect, on January 7.

He said although in 2005, former President John Agyekum Kufuor’s Administration had commenced one of the most famous social intervention programmes in the health sector, – the National Health Insurance Scheme (NHIS) – on a broader scale, after years of experimentation, its utilisation had been low because of the lack of access to health facilities.

The sector, he said, was also characterised by a severe shortage of trained health professionals and with that situation many Ghanaians were denied access to quality healthcare.

President Mahama said his Government, however, ensured that new polyclinics, health centers and CHPS compounds were provided and assisted to bring quality healthcare to the doorsteps of the people.

This development, he said, resulted in a phenomenal expansion of the utilisation of the NHIS, with the Out-Patient utilisation for 2015 standing at 29 million up from nine million in 2008.

The President explained that increased numbers of trained professional were being churned out which had solved the problem of lack of personnel to man the health facilities.

“Indeed, at the rate at which this category of personnel are being produced, Ghana may need to sign agreements with less endowed countries to officially deploy some of our health professionals to assist improve their health systems,” President Mahama noted.