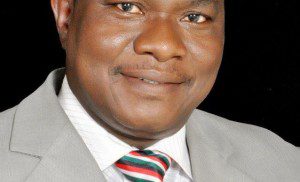 The body of the late DCE was laid to rest over the weekend at the district capital Nkwanta. In attendance were some DCEs and party supporters.

Some sympathisers TodayGhanaNews spoke to at the funeral grounds expressed shocked about the president?s snob.

?Peter died in the line of duty for the country, NDC party and constituency, so we expect the president who appointed him for the position to show some respect to his commitment and dedication to Ghana,? said one constituency executive.

The late Peter Keyenso was shot in front of his residence on 3rd November 2014 by unknown gunmen as he returned home from work.

?Residents, family members and supporters were expecting the president to show up at the funeral but it was very disappointing that he (the president) didn?t show up? said one family member of the late DCE.

Peter Keyenso is the first DCE in the history Ghana to be shot dead or died in line of duty for the country. His death came as a shock to the entire district and to his brother, who could not bear the news of the loss of his sibling.