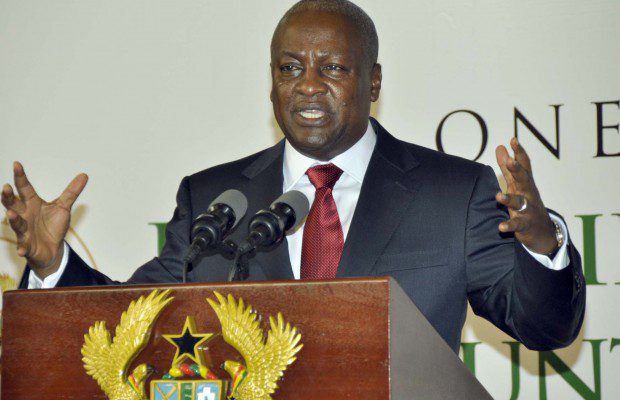 President John Mahama has pleaded with the angry Black Stars to honour travel arrangements for their final group game against Portugal.

The players reportedly threatened to boycott the trip protesting the non-payment of allowances and appearance fees.

A bus meant to carry the players to the Marceo airport had been delayed for several hours Joy Sports? Tony Bebli confirmed.

FA spokesperson Ibrahim Sannie Daara has confirmed that the players have not received a penny ever since they arrived and their patience is running out.

He  would not confirm a planned boycott but said in a whatsapp message to Joy Sports?  Benedict Owusu that the players are not happy with the broken promises by the officials.

The players were supposed to have trained Tuesday morning but did not turn up for training in protest over the delays in payment of their appearance fees. Almost two weeks into the tournament the players have not received the appearance fees contrary to promises made to them.

On Tuesday they vowed not to travel to Brasilia for the game against Portugal if the appearance fees was not paid to them.

The situation was so volatile, president John Mahama had to intervene. The President is said to have promised that the amount would be paid by close of day, Tuesday.

According to Tony Bebli who is with the team in Brazil, John Mahama spoke to the players via the phone of FA Chairman Kwasi Nyantakyi.

It remains to be seen if the players would yield to the president?s appeal.

Ghana will play Portugal in a must win final Group G encounter with a hope of qualifying to the one-sixteenth stage of the competition if the results in the US-Germany game is favorable.