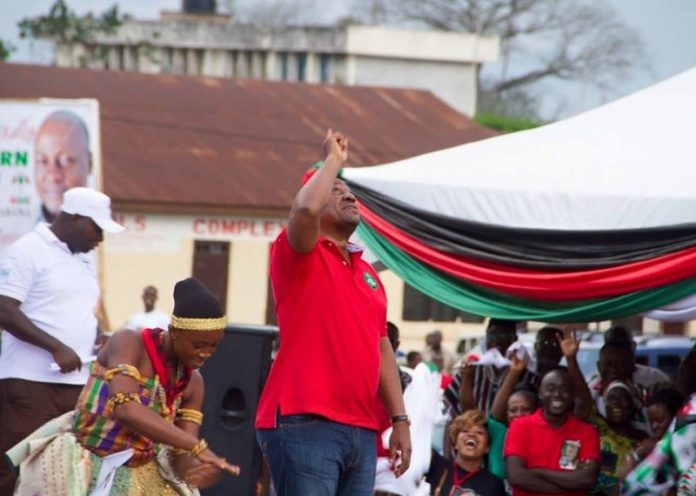 President John Mahama and his campaign team are heading for the Western region today as they officially kickstart their campaign for the 2016 elections.

The trip which was initially scheduled for Monday was called off by the president and his team.

Insiders say the President will now be seen doing politics and talking political language in areas such as markets, institutions and other areas where political campaigns are allowed.

He will also be touting his achievements in government over the last four years and make projections into the future, if Ghanaians give him the mandate again. The President will be accompanied on the tour by some ministers of state.

The Western region becomes the very first stop for the NDC’s campaign after it was launched in Cape Coast in the Central region on Sunday.

Green Ghana: “Visit Your Tree” campaign to be launched on December 11