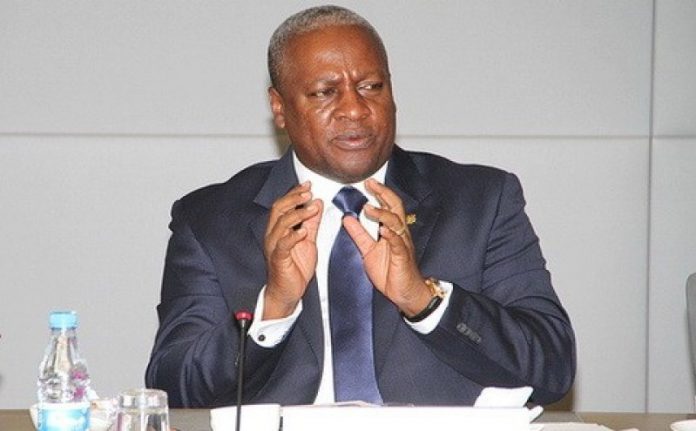 He hinted that 400,000 of them were going to be recruited under a youth employment programme his government was going to run.

They would be engaged in community health, police and fire service, alongside training in various trades and vocations.

President Mahama, who was addressing a political rally in Kade as part of this six-day election campaign in the Eastern Region, said there would also be a sanitation module.

He told the people that the National Health Insurance Scheme (NHIS) was not collapsing as their political opponents would want everybody to believe and said the reverse was indeed the case.

The scheme had seen substantial growth in membership, he said, adding that as of the close of last year, 29 million had attended the health facilities, using the NHIS cards.

President Mahama said the figure compared with the 2005-2008 total of nine million hospital attendance, clearly showed that the claim that the NHIS was crumbling was completely false.

He indicated that more money from oil receipts would be put into the health insurance scheme to enhance its sustainability amid the tremendous expansion over the years.

He said that was why it was running away from the challenge to engage in a presidential debate and urged the people to ignore, what he labeled as the “lies and deception”.

He rallied NDC supporters to reach out to every voter and assist them to understand why they should return the party to power.