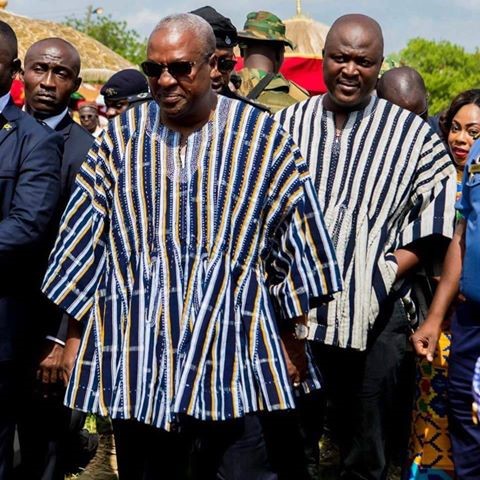 Plans by immediate family of former President John Dramani Mahama to impress on him not to yield to calls to lead the National Democratic Congress into the next presidential election may fall on deaf ears, as latest information reaching The aL-hAJJ indicate the former President is most likely to stage a comeback. 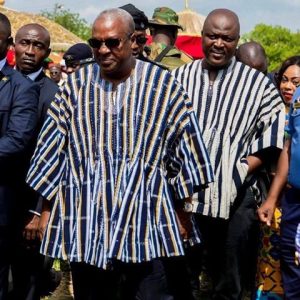 Mr Mahama, this paper is reliably informed, has been telling close associates he would not mind leading the now biggest opposition party once again. This is despite calls by his immediate family members to make way for another candidate to represent the NDC in the 2020 elections,

“The old man (Mr Mahama) is likely to contest the 2020 election…he has been discussing with close friends his plans of contesting the NDC’s flag bearer election to enable him lead the party once again into the next election,” a source close to him who does not want to be named told The aL-hAJJ.

According to the source the former President had wanted to yield to the dictates of his family, “but he was compelled to change his mind because he thinks it will be a great disservice to Ghanaians if he does not stage a comeback giving how the Akufo-Addo government is messing up what he has labored to build for this country.”

President Mahama lost the 2016 elections by a shocking margin of nearly one million votes to veteran opposition leader Nana Akufo-Addo, who polled 53.8%. His NDC party also lost nearly 50 seats in parliament. Mr. Mahama thus becomes the first sitting President under the Fourth Republic to have tasted defeat in a reelection bid.

The NDC has however been divided over whether the party should give him another opportunity to lead the party. While some kingpins of the party are openly rooting for his comeback, others have also kicked against his candidature.

In what was considered as definite pronouncement on the former President’s political life, his younger brother and Chief Executive of Engineers and Planners, Mr Ibrahim Mahama, early this year revealed that the immediate family of Mr Mahama had advised him not to stage comeback and he agreed.

Speaking to a select group of senior journalists early this year, Mr Ibrahim Mahama stated that the Mahama family advised the former President not to contest the NDC primary to select flag bearer for the 2020 polls, adding “…and he (ex-President Mahama) agreed with us”.
“John has given his all in politics to NDC and Ghana and we think it is just fair that we allow him to rest. We were very supportive and instrumental in convincing him to partner late Prof Mills, and when the time came for him to contest for President, we supported him and advised him to go for it…now we have again advised him not to make a comeback in 2020,” the CEO of Engineers and Planners noted.

According to him, the Mahama family share sentiments of persons calling on the former President not to quit politics after his failure to win the December polls, but added that “it is important for those calling for his comeback to also respect the family’s judgment.”

The former President himself has urged members of the NDC to focus on reorganizing the party instead of arguing over whether he will contest the party’s flag bearer election ahead of the 2020 election or not.
He has also made some allegorical statements which political watchers have construed as his desire to yield to the advice of his family.

Speaking at a public lecture in Kenya early this year, John Mahama recalled fond memories of his late father and his advice to him to “quit when applause is loudest.”

The former President also at the 2017 Africa Development Conference at the Harvard University in America last week stated; the mark of true democracy is “you come, you serve, you go. That is what democracy is and should be the principle for Ghana and Africa’s leaders.”

But latest information filtering into the office of The aL-haJJ indicate that former President Mahama may defy his family and acquiesce to the numerous appeal by large section of the NDC to lead the party into the 2020 elections.