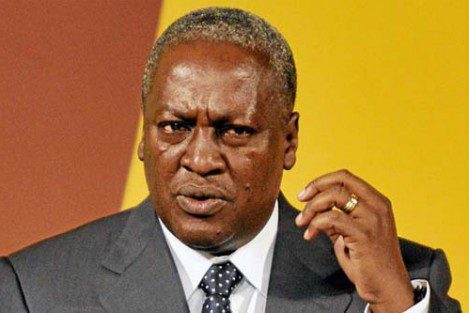 ?? In his capacity as Chairman of sub-regional body, Economic Community of West African States (ECOWAS),?Mahama urged the world to start looking beyond the mere figures of infection and fatality rates and focus on the faces of the real victims.
?? He said this when he opened the two-day Extraordinary Session?of the ECOWAS Authority of ?Heads Of State and Government, urging?that the discussions of the disease that has ravaged three West African countries of Guinea, Liberia and Sierra Leone be more far reaching than the obvious needs of medical care.
?? The president noted that discussions around?the ?effects of Ebola?more often stuck with the most straightforward and obvious.
?? These, he said, related to needs that were most tangible such as hospital beds, gloves, and personal protective equipment, as well as additional medical personnel, food and cash for the construction of new treatment facilities, which are, indeed, extremely crucial items?.
?? ?But the effects of Ebola are far-reaching, and there are needs that extend beyond the obvious, needs that are intangible. Needs we must also, somehow, attempt to address,? Mahama stressed.
?? In Liberia alone, Mahama said since the start of this epidemic, there had been ?more than 2,000 newly orphaned children registered in a country that was already trying to find ways to provide for children who had been orphaned during the 14-year civil war.
?? ?Whereas some children orphaned by the war have been adopted or housed in orphanages, the fear and stigma of Ebola have made these new orphans, these children of disease, unwanted in the homes of their extended relatives and unwelcomed in the existing orphanages,??the Ghanaian president observed.
?? ?Converse to previous outbreaks of Ebola in other parts of Africa ?during which a mere 10 percent of those infected by the disease survived, in this outbreak the virus has mutated in such a way that the survival rate is nearly 50 percent.
?? ?While half of those infected are fortunate enough to survive the experience, they are unable to return to the homes in which they once lived or to the jobs they once worked. They, too, find that because of fear and stigma, they are unwelcomed everywhere they go,? Mahama lamented.
?? He also noted the poverty and food shortage as well as general economic development gaps that the disease was leaving and would leave in its wake, especially in the affected countries and the sub-region as a whole.
?? ?The contributions that those of us who are gathered here today are making, however minor they may seem, will set in motion a chain of events that will ultimately lead to larger scale changes in the transformation of Liberia, Guinea, Sierra Leone and the entire West African sub-region,? Mahama emphasized.
?? The World Health Organization (WHO) has estimated that there are about? 13,567 confirmed, probable and suspected cases of Ebola from six affected countries – Liberia, Guinea, Sierra Leone, Mali, Spain, and the United States of America – as well as two previously affected countries – Nigeria and Senegal – with? 4,951 deaths reported.
?? Although he believed that the global response to the outbreak in West Africa was initially sluggish, he commended efforts by countries and international bodies subsequently to help curb the spread.
?? Since viruses know no boundaries, Mahama urged that the world must continue to work together to bring a lasting solution to the outbreak, and save the affected nations from collapsing.
?? Also attending the Summit is Mohammed ?Ibn Chambas,?UN Chief Ban Ki-moon’s Special Envoy for West Africa.
?? The second day of the summit is expected to discuss the political situation in Burkina Faso, where the military seized power after President Blaise Compaore abdicated, following days of mass protests that rocked that country.
Send your news stories to newsghana101@gmail.com and via WhatsApp on +233 244244807 Follow News Ghana on Google News