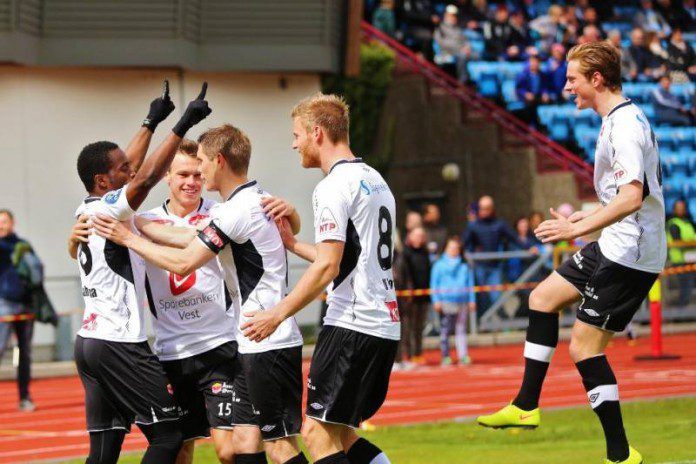 Otoo?s team-mates join him to celebrate his second goal

Ghana international striker Mahatma Otoo scored a brace for Sogndal IF as they consigned B?rum to a 5-0 defeat in the Norwegian second-tier league on Sunday.

The former Hearts of Oak striker, 23, netted his 6th and 7th goals of the season the season after scoring in the 75th and 81st minutes.

Otoo was playing his 17th game of the season for Sogndal who are fighting for promotion ticket back into the Norwegian top-flight and he netted a brace to propel them to victory and tighten their grip at the top of the table.

The Black Stars striker expressed his joy on Twitter after his double scoring heroics.

Massive win today 0-5. Thanks be to God for the brace. Baerum Vs Sogndal . Congrats to the entire team. Stao No Pao @sogndalfotball