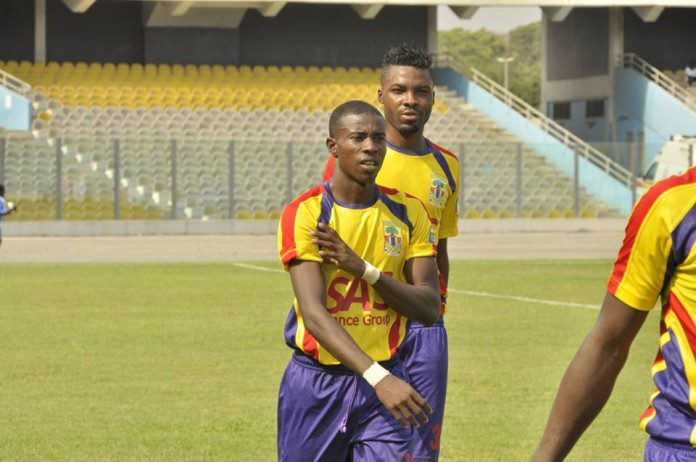 Striker Mahatma Otoo says he was stunned by the decision of Hearts of Oak to leave out Thomas Abbey for their pre-season trip to Libya.

The talented midfielder’s name was conspicuously missing from the 28-man traveling party of the Phobians.

Abbey’s snub has raised concerns over his future at the club with the house-clearing exercise still gathering momentum.

And former captain of the side Mahatma Otoo says he was surprised not to see his former playmate in the Hearts squad that will be playing Al Ahli in two friendly matches in Tripoli.

“I saw Thomas Abbey was out of the squad that went to Libya and was very surprised,” the Sogndal striker told Starr FM.

“I spoke to him and he is not injured so I was surprised.”

Hearts will be playing the first of their two friendly matches against Al Ahli on Tuesday.