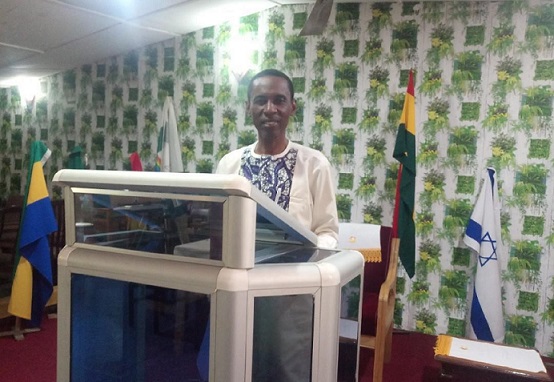 The summit on the theme, “The Return of the Young People” was attended by young people from 15 West African countries.

It was organized to celebrate the 46th anniversary of ECOWAS as an economic community and also the African Union Day (May 25) in advance.

Bishop Emmanuel James Owusu-Bonsu, Senior Pastor, Jericho Faith Chapel, in his keynote address, said there was hope for Africa, when it turned to God.

He said in “these end times God was going to raise greater men and women from Africa to solve global problems” .

“We must first acknowledge that the earth and its entity belong to God, that should be our starting point. God remains the creator and owner of everything that he had created, God remains the controller of whatever exists on this earth and that we human beings are all part of God’s creation and we have been created in his image and likeness and we have been given a responsibility on earth,” Bishop Owusu-Bonsu said.

Bishop Dr Owusu-Bonsu, who doubles as the Senior Pastor of Awesome Grace Network Ministry, said man’s responsibility on this earth was to take care of the earth, and man was to work to bring glory to the God who had created him.

“We are therefore, stewards of God on earth and as stewards we are to take good care of God’s possessions or creations on the earth,” he said.

Mr Emmanuel V. Brown, Executive Director, One Love Initiative Foundation International, a subsidiary of One Love Interfaith Network, said the maiden virtual summit was a strategic initiative for the recovery, positioning and engagement of young people for the task which lies ahead of them in Africa.

Quoting Dr Kwame Nkrumah, Ghana’s First President, as saying “The independence of Ghana is meaningless, unless it is linked up with the total liberation African Continent, ”Mr Brown said ‘that is until the young people of Mali, the Ivory Coast, Nigeria were also free, the freedom of Ghana’s young people I was meaningless.

Until we are integrated, harmonized and united as young people in our thinking, reasoning, behaviour, attitude and actions, we cannot stop being slaves even in our homeland and beyond, he said.

He said the event marked a new dawn in the history of the young people of West Africa and Africa where young people of all the member states in the subregion and observers in other parts of Africa strategically gathered through virtual means from different countries within and across the subregion to participate in the Interfaith Summit, the initiative, which perfectly arrived at the time they needed it in their community.

He said it really aligned with the main objectives and visions of One Love Initiative Foundation International – rebuilding and preserving West Africa Young People’s Space and promoting the spirit of patriotism, civic responsibility, and nationalism among young people to be able to fit into the framework and roadmap of social, economic and political inclusion at all levels and sector of national development.