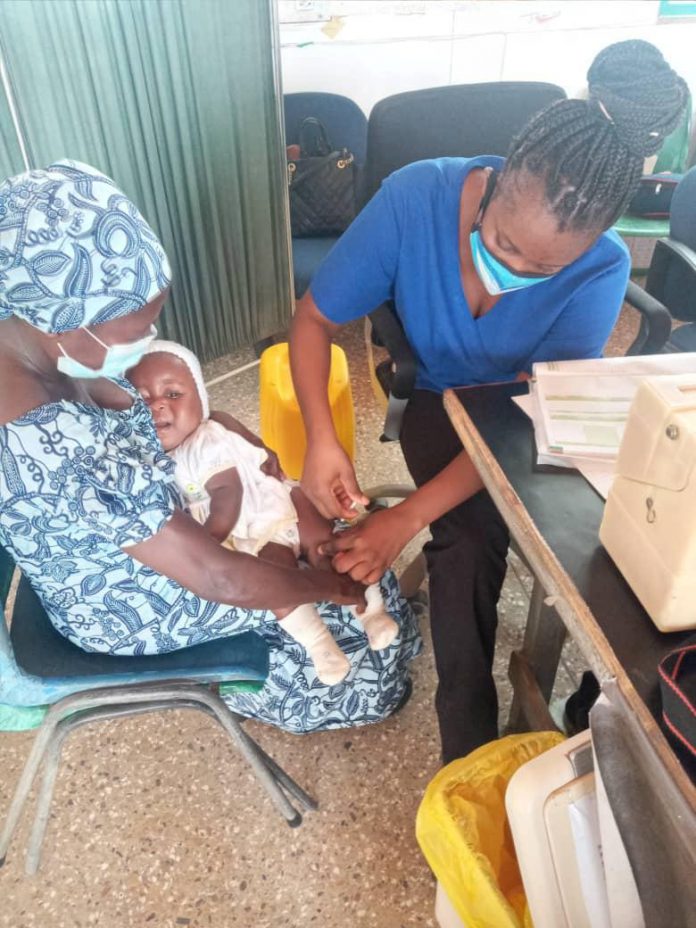 The Asikuma-Odoben-Brakwa ( AOB) district health directorate has recorded a tremendous dip in malaria cases in the district.

The figure represents a total decrease of 281 cases of malaria recorded in the AOB district in 2020.
Mr. Fredrick Amankwah, the District Health Information Officer disclosed this in an interview with the Ghana News Agency (GNA) as part of the National Media malaria campaign under the African Media and Malaria Research Network (AMMREN)in Asikuma.

He added that the decline in the cases was as a result of a number of interventions that included; the introduction of Rapid Diagnostic Tests (RDTs) at the Out Patient Department (OPD) and consulting rooms across all the district health facilities for malaria diagnosis, treatment as well as larviciding in the communities among others.

They also noted the malaria vaccination rolled out in selected parts of the country from 2019 to date, as a contributing factor.

Other methods accounting to the successful reduction of malaria cases in the district included; public education on malaria preventive methods such as draining and spraying stagnant waters to prevent the breeding of mosquitoes within the district.

Mr Amankwaah expressed concern on the bad use of ITNs despite the numerous sensitization and education stressing that they used the nets to fence their gardens instead of sleeping in them and urged the public to use the ITNs as it was a safest measure to prevent malaria aside the vaccination.

An observation by the GNA during a visit and interaction in some communities revealed that bad perception associated with the ITNs had resulted in its under-utilization.

Madam Abena Korkor, a farmer who spoke to the GNA disclosed that a friend told her that there was a side effect after sleeping in the nets and it was the reason she doesn’t use the nets at night.

”Esi told me not to use the nets because I would have itching eyes after using it that is why I don’t use the mosquito net” she lamented.

Kodwo Baffoe, a father of three, however, told GNA that he preferred to use the nets to prevent malaria since her children were always falling sick, but his challenge was hanging it in the room since it involved the use of nails to be able to hold the ends of the net.