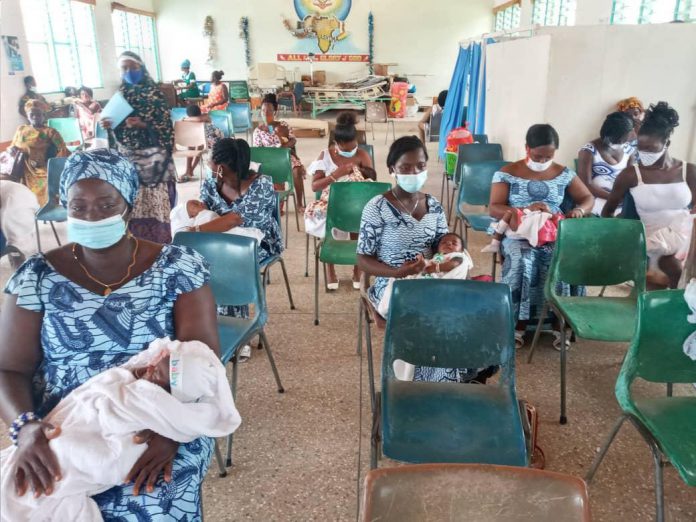 The 2021 World Malaria Day (WMD) has been observed in Accra with a call on the public to fear malaria more than witches.

Apostle Professor Opoku Onyinah, Chairman, National Cathedral Board of Trustees, who made the call, said malaria was a deadly disease and that the public must do anything possible to protect themselves from mosquito bites.

He was speaking at a brief event held by the National Malaria Control Programme to mark the WMD at the Odorkor Pentecost International Worship Center on Sunday.

“Just in 2020 Ghana recorded about 5 million confirmed malaria cases with over 10 million suspected cases …so we need to aim for excellence in the fight against malaria, we should stop thinking that malaria as an ancient normal disease,” she said.

She said the theme for this year’s WMD, “Zero Malaria starts with me; Draw the line against malaria,” was asking everyone to make a personal commitment to do things that would kick the malaria parasite out of Ghana.

Dr Malm said the NMCP would distribute ITN to households in all parts of the country this year.

She emphasised the need for all to sleep under ITNs or use indoor residual sprays and get rid of stagnant waters which served as breeding grounds for mosquitoes.

“The female anopheles mosquitoes which transmit malaria from one person to the other like to breed in fairly clean water,” she said.

The World Malaria Day is celebrated on April 25 every year to stress the need for continued investment and sustained political commitment for malaria prevention and control of the disease.

The day also highlights successes in the fight against malaria, and individual responsibilities to end malaria and ensure a malaria-free world.

Malaria is a potential life-threatening mosquito-borne blood disease caused by a plasmodium parasite and is transmitted to humans through the bite of an infected mosquito, which sees the parasite multiplying in the host’s liver before infecting and destroying the red blood cell.

The most vulnerable, such as; persons with little or no immunity against the malaria disease, children and pregnant women are at risk

Malaria can however be prevented with the use of Insecticide Treated Nets, Indoor residual spraying and antimalarial medications.