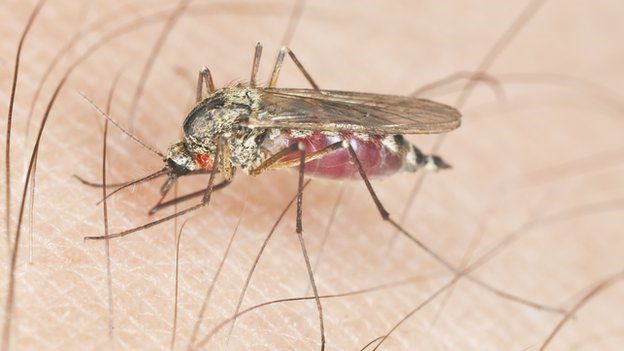 Parasites infected with malaria can hide inside the bone marrow and evade the body’s defences, research confirms.

The discovery could lead to new drugs or vaccines to block transmission.

The research, published in?Science Translational Medicine, fills a “key knowledge gap” in the biology of the disease, say scientists at Harvard.

Carried by mosquitoes, the parasite causes the most severe form of malaria, which leads to more than 500,000 deaths every year globally.

The study found that malaria-infected parasites could bury into bone marrow, where they escaped the immune system and caused disease.

The idea that they hide in the bone marrow while they mature has been around for decades.

But a team led by Prof Matthias Marti, of the Harvard School of Public Health, in Boston, pinpointed exactly where the parasites found sanctuaries in bone marrow by analysing tissue samples from autopsies.

“We have confirmed that the parasites that cause malaria can hide in the bone marrow,” he told BBC News.

The discovery was “exciting” because it identified “a key knowledge gap in the biology of the parasite”, he added.

The hope is that this may help scientists devise a way to target parasites hiding out in bone marrow with new drugs or vaccines.

The most recent figures from the World Health Organization suggest malaria killed more than 600,000 people in 2012, with 90% of these deaths occurring in sub-Saharan Africa.

The value of digital currencies