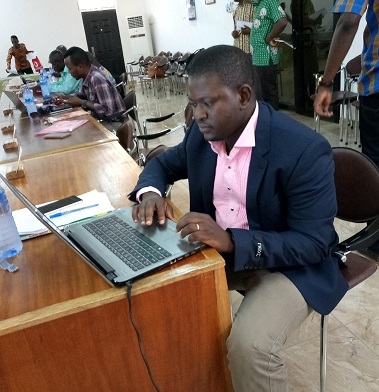 Death caused by malaria in children less than five years in the Upper East Region has drastically reduced from 0.72 per cent in 2015 to 0.00 per cent in 2020.

Mr Sydney Ageyomah Abilba, the Malaria Focal Person of the Ghana Health Service (GHS) in the Upper East Region who disclosed this to the Ghana News Agency (GNA) in an interview, attributed the achievement to interventions by the Service.

“We are doing well as a Region and have made many positive gains. Some of the interventions in the system such as the Seasonal Malaria Chemoprevention, the Sulfadoxine-Pyrimethamine (IPTp-SP) coverage, and the use of bed nets among other measures have brought some changes.”

He noted that it was no mean achievement for the Region, adding that “We might say one death is nothing if is not a close relative or friend. Assuming your child dies of malaria, how will you feel.”

Mr Abilba, who is also the Regional Medical Entomologist, said the achievement was “An encouragement and made them happy as a Health Directorate and Region as a whole.

“We are hoping that we will be able to maintain this achievement in 2021 and beyond, and ensure that we don’t lose any child to malaria,” the Focal Person added.

He said malaria was a preventable and curable condition, emphasizing that no life should be lost to malaria, “It doesn’t make sense,” he added.

According to him, bed net usage in the Region was not encouraging, and said during the rainy season when breeding sites for mosquitoes increase, reported incidences of malaria cases across health facilities in the Region usually went high.

Mr Abilba said if members of the public, especially children and pregnant women, who were the most vulnerable used the Insecticide Treated Nets (ITNs), and all other preventive methods, the Region would be able to achieve more successes in fighting malaria.

He said the Region was in the hot season where most families deserted their rooms and slept in their compounds, “They can hang the nets in the compounds or corridors and sleep under them to prevent mosquito bites.
“If you or your child is sick, you will not have the peace of mind to work.

If your family is not healthy you will be destabilised. Once children contract malaria, it also causes other health complications. Constant exposure to severe malaria can affect a child’s brain development,” the Medical Entomologist said.

Health systems overburdened as India sees yet another virus record