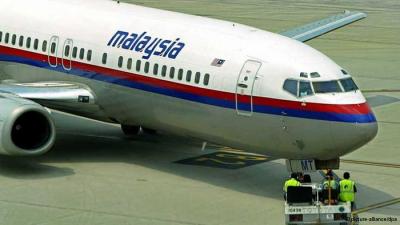 A Malaysia Airlines airplane conveying 227 passengers and 12 crew members from Kuala Lumpur to Beijing is currently missing over the South China Sea on Saturday, Prompting China to send ships to scour the water for possible wreckage.

The airline which was speaking several hours after the said plane had been due to land in the Chinese capital, said it was still too early to say whether the aircraft had crashed.

The airline revealed there had been no distress signal and it cited early speculation that the plane may have landed in Nanming in Southern China.

As news of the disappearance filtered through to worried friends and relatives who had been waiting for the flight to arrive in Beijing, Malaysia Airlines said it was still investigating and took no questions at a brief news conference.

He said that Malaysia and Vietnam were conducting a joint search and rescue operation for the aircraft and passengers but gave no details. China also has sent two maritime rescue ships to the South China Sea to help in any rescue, state television said on one of its microblogs.

“We are extremely worried,” Chinese Foreign Minister Wang Yi told reporters in Beijing. “The news is very disturbing. We hope everyone on the plane is safe.”

“We deeply regret that we have lost all contacts with flight MH370,” Jauhari said.

The airlines revealed that people from 14 different nations were among the 227 passengers, including at least 152 Chinese, 38 Malaysians, 12 Indonesians, six Australians and three Americans. It also said a Chinese infant and an American infant were on board.