Malaysian police are asking people to report anyone they think could be breaching the country’s pandemic-related rules, state media reported on Monday.

“Other than public tip-offs, the police will also increase the number of compliance teams, and will take stringent action against individuals, including in housing areas,” said Surina Saad, police chief in Perlis, a northern state bordering Thailand.

As well as seeking snitches, police have been setting up checkpoints ahead of the end of the Muslim fasting month of Ramadan this week, a public holiday which usually sees many of Malaysia’s 60 per cent Muslim majority travelling cross-country to visit family and friends.

“We have already mounted the roadblocks from yesterday and found that thus far there were many stubborn road users,” said Mohamad Fakhrudin Abdul Hamid, police chief in Petaling Jaya near Kuala Lumpur.

A ban on such journeys during last year’s first coronavirus lockdown has been reintroduced, despite the government ruling out another nationwide lockdown due to concerns about likely economic damage.

A second lockdown ran for just over a month from mid-January, when the government also imposed rule-by-decree until August.

The economic heartlands of Kuala Lumpur and Selangor started a two-week lockdown on Friday, while other regions are under less onerous curbs as part of a tiered state-by-state system.

The Health Ministry reported over 17 coronavirus-related fatalities and over 3,800 cases on Monday, a day after announcing a record one-day virus death toll of 26.

Malaysia’s daily caseloads last week hit a two-month high and are again South-East Asia’s highest per capita, according to official data collated by the University of Oxford. 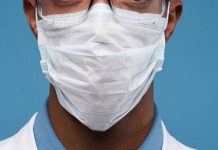 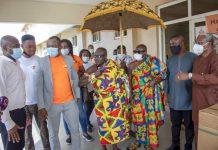