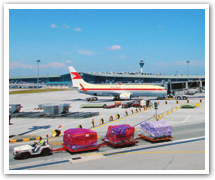 Known as ?klia2? and billed as the largest purpose-built low-cost carrier (LCC) terminal in the world, the facility began operations a year behind schedule. Supporters of the project, however, insist that klia2 is nothing short of a game-changer for the country?s ambitions as both regional transport hub and global tourism destination.

A cloud has loomed over those ambitions since March 8, when Malaysia Airlines Flight 370, bound from Kuala Lumpur to Beijing, went missing. The aircraft?s fate remains a mystery, and persistent worldwide media coverage of the tragedy has produced a wave of negative publicity. Both the airline, Malaysia?s flag carrier, and the government have repeatedly stressed that locating the aircraft is their top priority, but having the spotlight shift elsewhere is likely welcome news.

klia2 has the capacity to handle 45m passengers a year, a significant improvement on its predecessor, which topped out at 10m. Even more importantly, it caters specifically to LCCs, already the fastest-growing category in the Asia Pacific air-travel market and widely expected to experience further expansion in the near future. In a market forecast published on its website, Boeing predicts that ?[d]uring the next 20 years, nearly half of the world?s air traffic growth will be driven by travel to, from, or within the Asia Pacific region.?

And the LCCs are leading the charge: according to statistics published by CAPA ? Centre for Aviation, an industry information consultancy, LCCs went from operating 2% to 15% of the Asia Pacific region?s total fleet numbers in the 10 years to 2013. They take an even larger share ? 20% ? of seat capacity, and both figures look set to increase. The region had 47 LCCs (including five new ones) active in 2013, most of which added capacity at double-digit rates, and no fewer than 10 additional entrants are expected to begin operations in 2014.

Perhaps most tellingly, according to CAPA, LCCs account for 50% of the region?s orders for new aircraft ? not counting orders on behalf of budget airlines that are actually subsidiaries of traditional or full-service carriers. The 1500 units on order will more than double the Asia Pacific LCC fleet to 2500 planes, vastly raising the scope for competition with conventional airlines. In addition, bulk purchases like those of the sector?s two heavyweights, AirAsia and Lion Air, will significantly reduce unit costs, increasing the intensity of that competition.

Malaysia enjoys something of a head start in the race to cash in on the sector?s expansion. First and foremost, while North Asia has significant long-term potential, the focus for the foreseeable future will be on Malaysia?s own backyard of South-east Asia, where LCCs already account for 30% of the commercial fleet. Also, the country enjoys a positive image as a model of development and a bastion of stability, qualities that set it apart from its neighbours.

As with many large and complex airport facilities, however, the launch of klia2 has not been entirely smooth. Total costs, for instance, have risen sharply: while the original 2007 budget was about $500m, the project has thus far absorbed some $1.3bn. Completion and operational readiness were achieved a year late, due in part at least to tensions between the terminal?s operator, Malaysia Airports Holding, and its largest tenant, AirAsia. Allegations that its taxiways and parking bays are vulnerable to undermining by torrential rains may necessitate millions in repair costs and service delays.

Nevertheless, klia2 is designed to serve as a catalyst, compounding the impact of Malaysia?s inherent tourism and air-transport advantages to ensure that Kuala Lumpur?s early lead is never lost. To do this, it has been built with modern infrastructure and technologies aimed at maximising competitiveness, capacity and convenience.