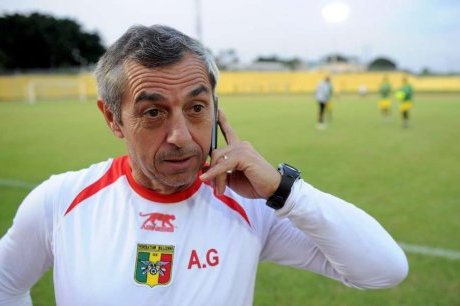 Alan Girese, coach of the Mali National Team, has admitted he is responsible for the performance of his team in the ongoing Africa Cup of Nation, in Gabon, after they gathered just a point from two games. 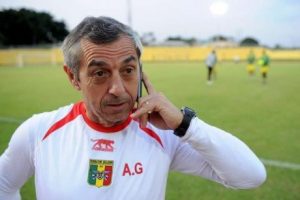 Coach Girese told the press that, that he will take full responsibility for the current state of the team, especially if they fail to qualify to the quarter-final stage of the competition.

According to the coach, they committed a lot of errors, which affected their game adding that they could have won the match, but for those errors.

“We applied all the technical, tactical and physical means to win the match, but Ghana is great team and they were able to overcome us.

“We missed several goal scoring chances in the second half and this has nothing to do with our training but inability to convert them.

“My players are disappointed we failed to win the match, but we hope to comeback a better side in the last game against Uganda.” He stated.

He noted that, they still have a slim chance of qualifying for the next stage of the competition if we win the next game against Uganda.

Mali drew with Egypt in the opening match and lost to Ghana, making their chances of progressing to the next stage of the competition very difficult.

YPS-Africa seeks US$6 billion from ECOWAS for Mali, Guinea, and Burkina Faso citizens

Qatar Ministry of Public Health, partners join forces with WHO