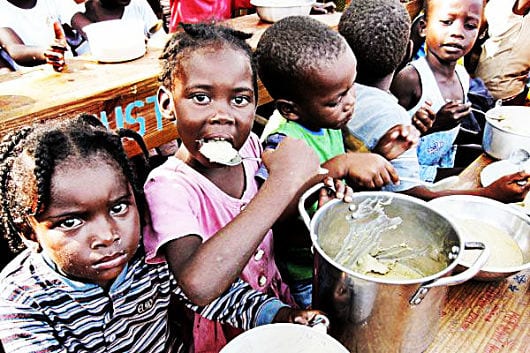 She said monthly routine data, collected during antenatal care from clinics in the region showed an underweight prevalence of 0.7 per cent recorded among children in July, which increased to 1.2 per cent in September 2022.

Madam Kobati said more cases of severe acute malnutrition were being recorded in the field as indicated by an ongoing nutrition surveillance survey being conducted by her sector and expressed fear that it could get worse by the end of the year.

The regional Nutrition Officer who was speaking in an interview with the Ghana News Agency in Bolgatanga, said anaemia cases in pregnant women were also a major maternal health challenge and noted that the effect of anaemia in pregnancy could lead to a child being born with low birth weight which predisposes them (babies) to severe complications such as stunting.

Responding to what interventions were in place to arrest child nutrition problems in the region, she said routine programmes to address immediate problems in terms of children who were not feeding well were being carried out, focusing on micronutrient supplementation.

She said her sector was undertaking programmes to counsel breastfeeding mothers on the ‘Infant and one child feeding counseling package,’ to help mothers to feed their children well.

“We know that exclusive Breast feeding is the best nutrition for a child, but most mothers are not doing it well, we have only 70 per cent coverage and want to strive for 90 per cent in the region, so we are encouraging them to breast feed well and continue till two years”. The Nutrition Officer stressed.

The programme package also educates mothers on how to feed their children at age six months and above, she added.

“Not only porridge, it is just carbohydrates and can lead to malnutrition but a child that is learning to eat should be given a varied diet that contains protein. Vegetables, fruits, legumes, and carbohydrates.”

To this end, she said food demonstration was being conducted at the community level to help the mothers prepare nutritious food at home to feed their children and noted that even though most homes had the needed food requirements, some mothers did not know how to properly combine the essential ingredients for a balance diet.

“A child at six months should be introduced to complementary food of minimum acceptable diet.”
Madam Kobati said a micronutrient powder was being given to mothers to put in the baby’s food as supplement to boost their micronutrient status since most of the children did not feed well.
She said the Nutrition Unit was faced with challenges of shortage of all the food supplements and powder used in managing children who were malnourished.

According to her, there were no supplies of ‘Plumpy nuts’ which is a therapeutic food for malnourished children, “though we have the capacity to improve the situation, the needed commodities are unavailable to run most of the programmes,” she added.

She appealed to the government and stakeholders to support the region to improve the current poor nutrition status.

Parents urged to get their children into school