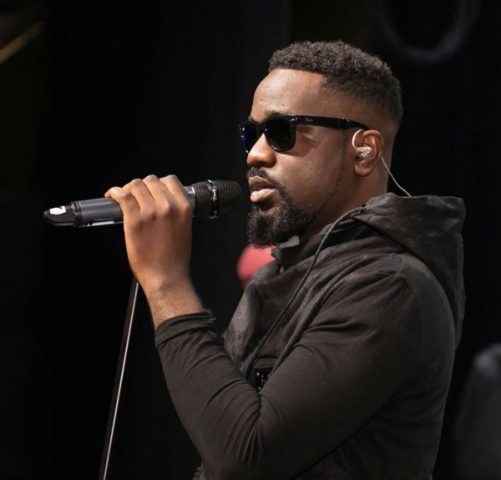 Sarkodie and other celebrities would feature in a campaign that would run on social media platforms for a period of four months, with a target reach of 18- 24 demography.

The campaign christened “Enjoy a World of Goodness” is expected to inspire and motivate audiences to feel and be their best, be positive and have hope about themselves and their world.

Rooted in the brand’s philosophy of creating a can-do attitude in its consumers, the Enjoy a World of Good campaign kicks-off September 2020 and would be brought to life through a series of experiential activations and pop-cultural immersions led by Sarkodie and other celebrities.

“These are people who have so much to offer their followers and so it makes perfect sense that a brand like Malta Guinness would partner them to inspire their followers to be the best versions of themselves” said the Marketing & Innovation Director at Diageo, Samori Gambrah.

“Malta Guinness has built a reputation of being a youthful, exciting and energetic brand. As it grows and evolves, the brand seeks to establish itself as a leader in Africa.

“Turning 30 years, gave us the impetus of starting the journey of driving meaningfulness among 18-24 demography through culture, partnerships and influencers. Our focus is to grow penetration and salience to establish Ghana as the biggest Malta Guinness market in Africa” said the Marketing Manager Guinness Stout and Malta Guinness at Diageo, Samuel Dery.

Last year to commemorate its 30th anniversary, Malta Guinness facilitated conversations via digital and PR channels encouraging Ghanaians to celebrate their own through the “Rekognize” campaign.

This Campaign was hinged on an insight that “Ghanaians believe Ghanaians aren’t supportive of each other. This the brand sought to bring to the fore and facilitate a new normal. It sparked a consciousness to turn things around.

The Enjoy a World of Goodness campaign activities will champion the mental, physical, and general well-being of Ghanaians. It is also part of a number of activities Guinness Ghana is championing through its iconic brands as part of the company’s 60th-anniversary celebrations this year.