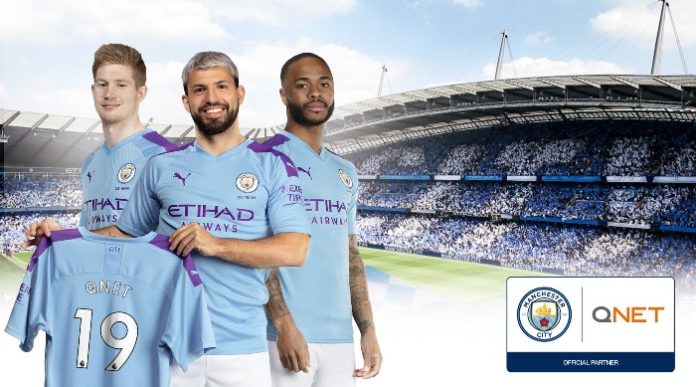 Manchester City kicked off their Premier League season with a 3-1 win away to Wolves on Monday evening.

Without Kun Aguero, Aymeric Laporte and Ilkay Gundogan, who has been diagnosed with the coronavirus, Pep Guardiola handed a debut to recent arrival Nathan Ake, and young phenom Phil Foden was also in the starting 11.

Kevin de Bruyne was the Man of the Match for Guaridola’s side, winning a penalty in the 19th minute and then sending Wolves keeper Rui Patricio the wrong way from the penalty spot.

The Belgian then played a major role in the second goal in the 33rd minute, setting up Raheem Sterling, whose ball into space was put into the empty net from 10 yards by Phil Foden.

The second half saw Wolves take the game to Manchester City, with Adama Traore looking for space behind their back line and the home side got back into the game with 12 minutes left to play when Raul Jimenez headed home an excellent cross from close range.

The goal came from Wolves’ first shot on target, but suddenly they were on the back foot before a late deflected effort from Gabriel Jesus sealed the points deep into injury time.

Aston Villa dominated nearly the whole game, and their task was made much easier after John Egan’s red card in the 12th minute.

Aston Villa also had goalkeeper Emiliano Martinez to thank for a first half penalty save to deny John Lundstrum when the scores were still level.

The two games ended a round of matches that saw Liverpool win 2-0 away to Chelsea on Sunday, while Arsenal beat West Ham United 2-1 and Manchester United were beaten 3-1 at home to Crystal Palace in their first league match of the campaign.