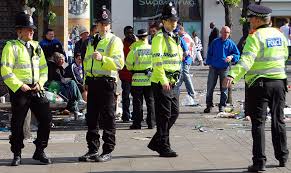 A man died on Friday afternoon after falling from a building next to the Barbican Centre in central London, British police said.

Police were called to Frobisher Crescent in central London, near where the renowned performing arts centre is located, at around 1330 GMT on Friday.

The investigation found that a 25-year-old man attempted to climb the outside wall of the building when at some point he lost his footing and fell to the ground, the police said in a news release.

He was taken to an area hospital where he died from his injuries.

Forensic teams remained at the scene throughout the afternoon as a police cordon remained in place.

Pictures and video footage show police officers outside the Barbican Exhibition Halls at around 1700 GMT.

A post mortem examination will be scheduled and the investigation is ongoing. Enditem