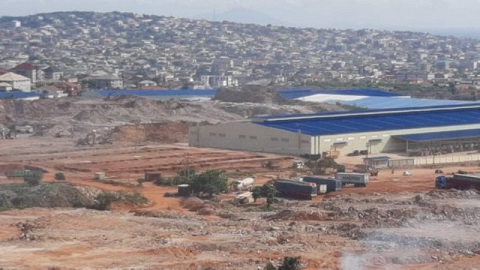 Residents of New Bortianor and surrounding areas say they are living in constant fear due to ‘man-made earthquakes’.

Reverend Antwi-Wiredu, the Chairman of the West Hills City Landlords and Residents Association, told the Ghana News Agency that activities of Chinese contractors of Sunda Ghana, which involves blasting of rocks behind the WestHills Mall, results in shaking the houses in the community.

The company’s construction involves blasting a rocky area, used to be a stone quarry, in an attempt to level the ground for construction works to start.

Rev Antwi-Wiredu said he believed the worst of the blasting happened on June 12, around 2100hours, which forced many residents to move out of their homes for safety.

“Many residents thought it was an earthquake or tremor that shook their houses and were visibly shaken, only to find out it was as a result of the blasting,” he said.

He said leaders of the community had approached the contractors to put a stop to the blasting and find alternatives to it but that had yielded no results.

“The buildings are cracking, walls are being weakened, residents are in constant fear and panic, especially at the WestHills City,” Rev Antwi-Wiredu said.

He called on the media to create the awareness on the issue and help them find an amicable solution.