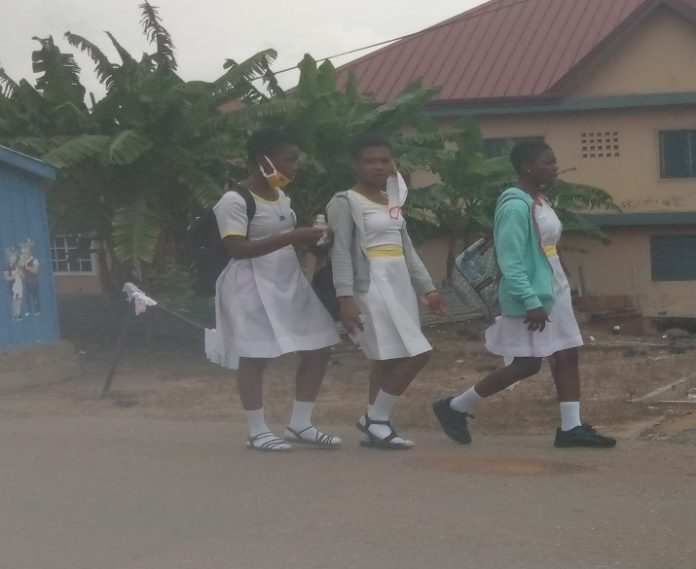 A number of final year pupils of Junior High Schools in the New Juaben South Municipality in the Eastern Region are often seen without face masks after school and walk home through town without any mouth and nose protection.

In a random survey by the Ghana News Agency, the pupils indicated that they were forced to use their face masks and sanitizers at school against their will and so they do away with them immediately they leave their school compounds.

This came to light when the Ghana News Agency (GNA) interacted with some pupils in school uniforms within the Koforidua Municipality who were without their face masks.

Some of the students explained that they had difficulty in breathing when they put on the face masks, while others claimed they were asthmatic patients.

A pupil of the Hundai Technical School in an interview, said the mask he was using was given to him in school and was too heavy and made it difficult for him to breath. So he manages it at school and he removes it immediately he was out of the school compound.