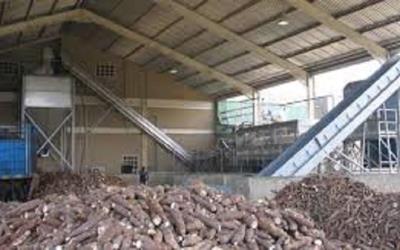 Mr. Felix Mawuli Kamassah, the Managing Director of Maphlix Trust Farms Limited, has announced plans to set up a factory to process orange-fleshed sweet potato and cassava into food recipes.

He said the idea was to make it a part of the One District, One Factory (1D1F) initiative, and that, they had already submitted a project proposal to the 1D1F Secretariat and the Ministry of Trade and Industry.

When up and running, it would give employment to 200 people and benefit about 500 out-growers in the Ketu North Municipality.

He told the Ghana News Agency (GNA) that the Municipal Assembly had released 500 hectares of land for the purpose.
Maphlix Farms, located at Dodze, is largely into vegetables cultivation for export and currently employs over 60 people – permanent and casual workers.

Mr. Kamassah said its heavy reliance on human labour was due to the lack of equipment such as harvesters.
He added that they had been supplying seedlings to 120 out-growers.

He said there was a huge market for vegetables and that given adequate funding there would be significant expansion of their farming activities.