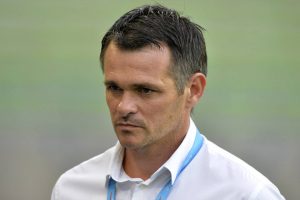 More than ten years after Zinedine Zidane was sent off in the world cup final in 2006 for head-butting Italian defender Marco Materrazi, his teammate in the game Willy Sagnol has revealed it took him a full year to regain normal relationship with Zidane.

Zidane was famously sent off during the first period of extra time in the final against Italy after having scored in regulation time with a controversial penalty that went off the underside of the bar and into the net.

Sagnol played 58 times for France between 2000 and 2008. He took the final kick for France as they lost 5-4 on penalties to champions Italy following a 1-1 draw.

But the Bayern Munich legend has revealed to Kumasi-based Ultimate FM, he didn’t immediately forgive Zidane after the incident.

“I remember he tried to apologize, but when you lose a world cup final, I don’t think you are mentally ready to listen to an apology.

The former Bordeaux coach who made almost 200 appearances for German giants Bayern Munich has also revealed his friendship with Zidane took a hit after the incident.

“It took me nearly a year to have a normal relationship with him again. Before it happened, we were very close friends. Now we are close friends again. But there was a time I was quite distraught about what happened.

“Because when you do a team sport, you can’t have a reaction like that. If react like that, you leave your friends in a bad situation. In team sport, we all have to act the same. We all have to fight for each other.”

Sagnol is in Ghana on the invitation of Mirage Football Academy to conduct football clinics with the academy’s players and coaches.