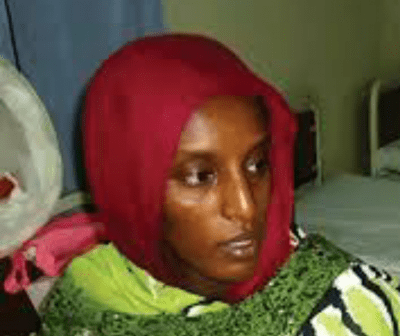 The family of a Sudanese woman who was spared a death sentence for marrying a Christian South-Sudanese American has filed a lawsuit to have her marriage annulled in a new attempt to stop her from leaving the country.
Mariam Yahya Ibrahim, 27, says she was born and raised as a Christian by an Ethiopian family in Sudan and later abducted by the Sudanese Muslim family. The Muslim family denies that and insists she belongs to them and is Muslim.
Under Sudan?s Islamic religious law, Muslim women are not permitted to marry Christian men.
Although an appeals court quashed Ibrahim?sz death sentence last month, the government still refuses to accept her identity as a South-Sudanese Christian and accuses her of using falsified travel papers to try to leave with her husband and two children.
Ibrahim?s father also raised a suit to formally establish her as his Muslim daughter but dropped it this week, without giving a reason.
Ibrahim?s case has been under scrutiny from Washington and London, which in May summoned Khartoum?s charge d?affaires to protest over Ibrahim?s death sentence and urged Sudan to uphold international obligations on freedom of religion and belief.
Ibrahim, her husband and children have been staying at the U.S. Embassy in Khartoum since her release from police custody.
A Sudanese judge has set Aug. 4 as the date to view the case, legal sources disclosed on Friday.
By Funmi Salome Johnson