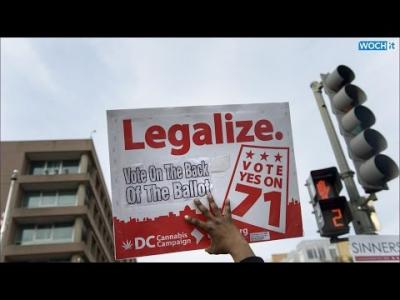 Washington DC in the United States has legalized the possession of small amounts of marijuana. The implication is that people who use the drug in private no longer face prosecution.

This new law has created tension between the city’s mayor and Congress. Washington DC joins Alaska, Colorado, and Washington state as the only places in the US that allow the use of the drug for recreational purposes.

Residents and visitors to the city over the age of 21 can possess as much as 2oz (56g) of cannabis, and may grow a few plants at home.

However, Buying and selling the drug remains illegal, as does smoking it in public. This ?plan was reached upon through ?a referendum last November.

But the vote revived tensions between local officials and Congress.

Washington DC – a federal district, not a state – is required to seek congressional approval for much of its legislation.

In a letter sent on Tuesday, two members of Congress warned the city?s ?Mayor, Muriel Bowser that she would be breaking US law by proceeding. They said that a national budget bill passed in December prevents the legalisation of marijuana in Washington.

But Ms Bowser and other officials believe that the legalisation is still valid since it was approved by voters before Congress passed the budget bill.