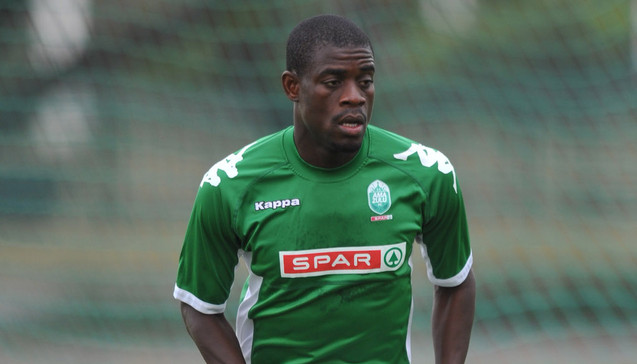 Ghana defender Awal Mohammed was in full time action for Maritzburg United as they progressed to the semi finals of the South African Cup competition against African Warriors on Saturday.

The Black Stars defender further proved his fitness with some few months to the World Cup since returning from injury after lasting the entire duration plus extra time in their knockout win over the second tier club.

Mario Booysen handed Steve Komphela?s side the lead after 52 minutes.

African Warriors however will not go down without a fight as they struck back through Thapelo Selepe in the 73rd minute to force the game into extra time.

Maritzburg who were without Ghanaians; Yakubu Mohammed and FrankSarfo Gyamfi however proved too strong in extra time to clinch the win.

Striker Terrence Mandaza struck twice in the 106th and 107th minute respectively to see the Team of Choice progress into the last four of the NedBank Cup in Phuthaditjhaba.