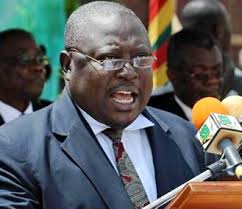 Mr Amidu made this known in a 27-page response which claimed that issues addressed by the Presidency were intended to assassinate his character for simply exposing the true nature of the off-shore jersey incorporated in the Agyapa Royalties deal.

President Akufo-Addo had earlier denied claims by Mr Amidu which suggested interference in his work, therefore, relinquished his position as Special Prosecutor.

“The President on 7th January 2017 took the Presidential oath in which he pledged, inter alia that: that I will at all times preserve, protect and defend the Constitution of the Republic of Ghana; and that I dedicate myself to the service and well being of the people of Republic of Ghana and to do the right to all manner of persons…”