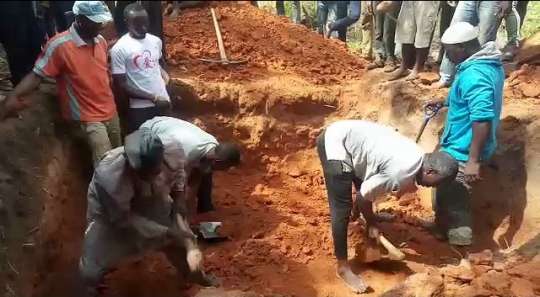 The 39 victims who were burnt beyond recognition in the fatal accident on the Techiman-Kintampo highway in the early hours of last Friday, has been given mass burial at the Muslim cemetery of Jema, the Kintampo South District capital.

Chief Inspector Augustine Kingsley Oppong, the Brong-Ahafo Regional Police Public Relations Officer told the Ghana News Agency on Monday that aside the 35 charred bodies discovered earlier on Friday, four more were later discovered in a nearby bush of the accident scene.