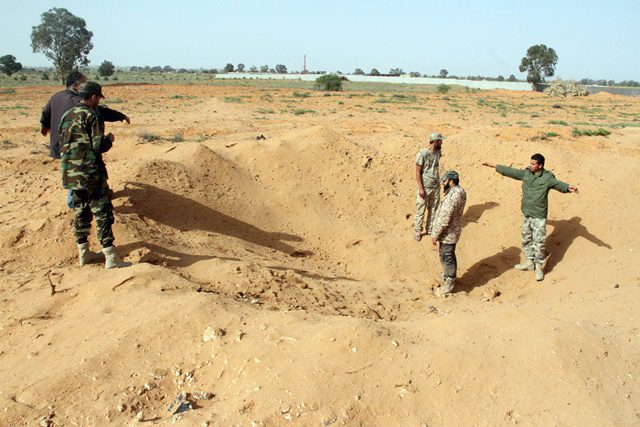 Dozens of mass graves have been found in the Libyan city of Tarhuna, some 90 km south of Tripoli, Interior Minister of the UN-backed government of Libya Fathi Bashagha said Wednesday.

“We discovered many terrible crimes committed by the militias that controlled the city of Tarhuna. Our services are now documenting those crimes,” Bashagha said in a statement. Before the UN-backed government took control of it, Tarhuna was the main military operation center for the east-based army.

“We found a container, inside which were prisoners who have been burned alive. We also found a number of mass graves, where according to our initial reports dozens of people were buried alive,” the statement added.

“Those militias must be held accountable for their hideous crimes, and the politicians and military leaders who have provided these militias with cover must also be brought to justice,” the minister said.

There is yet no comment on the matter from the east-based army, which has been retreating in recent weeks in its military campaign against the troops of the UN-backed government.

Also on Wednesday, the UN Mission in Libya said that warring sides in the country have begun to engage in a new round of ceasefire talks, after heavy fighting around the central city of Sirte.