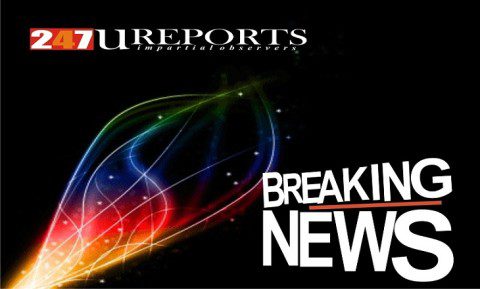 Information reaching 247ureports.com from competent sources in Kaduna indicate that another massacre by unknown Fulani herdsmen occurred in the southern Kaduna town of Ungwar Sankwai in Manchok under Kaura Local Government Area [LGA]. The massacre is reported to have left over 150 lives [including a Pastor, his wife and children] killed. Homes numbering over 200 were set ablaze.

According to the information received, the supposed Fulani herdsmen arrived at the christain dominated town at about 10pm on Friday and began their killing and burning operation till 3am Saturday morning ? when the Nigerian military arrived.

A surviving eyewitness, who spoke 247ureports.com through the telephone, stated that the Fulani attackers were about 40 in number and were armed with dangerous knives, guns and other unidentifiable equipment. The survivor said that the attackers began with setting homes on fire ? with the occupants. ?Those that tried to escape were butchered or gun down?.  He added that many of the dead, died as a result of fire.

It took the arrival of the Nigerian military at 4am for the supposed Fulani herdsmen to depart the area by 3am. This was according to a source who also noted that the military upon arrival refused to enter the bushes to comb the area for escaping Fulani attackers. He said the military only occupied the affected community ? without taking proactive measures to hunt after the culprits.

It is recalled that in 2012, a similar attack was recording in the neighboring town of Dongondaya in Plateau State ? where over 140 persons were butchered over night by supposed Fulani attackers. Both towns share a border ? and both attack share striking similarities.

In 2011, according to security reports leaked out of from Abuja, a plan by unknown persons hiding under the guise of Fulani herdsmen were said to be on the offing ? to be used to terrorize the Christian communities with the northern middle belt communities ? suck southern Kaduna, communities in Plateau and others.

The media chief to the state government of Kaduna State, Ahmed Maiyaka, was sent messages concerning the attack but he did not respond to the messages.

Christians told not to spend all their time at prayer camps

Christians urged to flee from all misdeeds that denigrated Christendom

Christians urged to be obedient and truthful

Christians urged to be spiritually sensitive

Christians urged to have hope in Christ Jesus