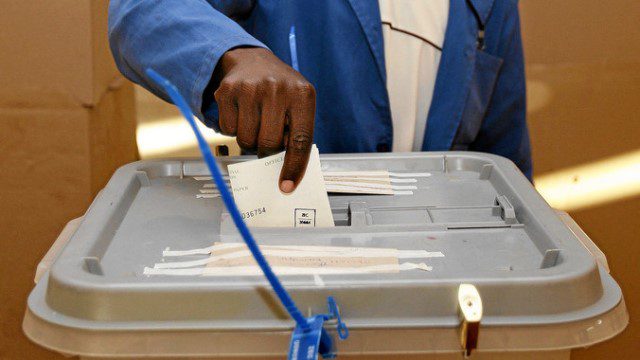 “Any citizen of 18 years old, who has been residing in Darfur States for three months, has the right to register and vote, provided that the regular forces and the nomads are to be excluded from the residence condition,” Omer Ali Jamaa, Chairman of Darfur Referendum Commission, told reporters.

He appealed on the citizens in Darfur to head to the registration centers to exercise their constitutional right.

Rapporteur of the commission Adam Dalil, for his part, reiterated that all administrative, technical and logistical arrangements have been completed.

However, the referendum is rejected by armed groups and representatives of the internally displaced persons (IDPs) and refugees affected by the conflict there.

Sudan tribune reported the Darfur IDPs and Reugees Authority opposed the vote, saying it is unlikely under the continued war and displacement.

“The IDPs staged peaceful processions inside the IDP camps in Darfur’s five states and handed memorandums of understanding in this regard to the United Nations- African Union Mission in Darfur (UNAMID),” Adam Abdalla Iddris, deputy chairman of the IDPs and Refugees authority, was quoted as saying.

“The move, adopted by the government and the movements signatories to the Doha peace deal, is not but an attempt to implement an agenda that does not represent a priority for the IDPs,” he noted.

He added that “we refuse entry of any voting boxes to the IDP camps. We have directed the Sheikhs in the camps to inform the IDPs with the risks of the referendum and not to deal with.”

The registration coincided with escalating armed clashes between the Sudanese army and armed groups near Jebel Marra in central Darfur state.

In this connection, the United Nations Office for the Coordination of Humanitarian Affairs (OCHA) in Khartoum said in its most recent weekly bulletin that “over 44 thousands villagers from the restive area of Jebel Marra in the center of Darfur region continue to flee the fighting between the Sudanese government troops and Sudan Liberation Movement – Abdel Wahid al-Nur (SLM-AW).”

Major Darfur rebel movements also reject holding the referendum before Khartoum fulfills other demands including reaching a political agreement with the region’s armed groups and pays individual compensations for the people affected by the conflict there.

The Sudanese government stresses that the referendum is a constitutional right that must be implemented according to Abuja peace deal which Khartoum signed with the Sudan Liberation Movement (SLM)/ Minni Minnawi faction in 2006.

Additionally, the Doha Document for Peace in Darfur (DDPD), signed between the government and the Liberation and Justice Movement (LJM) in 2011, stipulates conduction of a referendum in Darfur and that its result is to be included in the country’s permanent constitution.

Voting in the Darfur status referendum is scheduled to begin on April 11 and last for three days.

The referendum will be held for either to merge the Darfur states in one region or keep the region’s current administrative status which comprises five states.

According to the deal, if the Darfur people vote for merging the states in one region, the Transitional Darfur Regional Authority (TDRA) shall form a constitutional committee to determine the powers of Darfur’s regional government.

However, if the Darfur people vote against the option of one region, the agreement stipulates that the current administrative status of five states shall remain and the TDRA shall be dissolved. Enditem

A total of 1,426 people challenged during registration in Western North