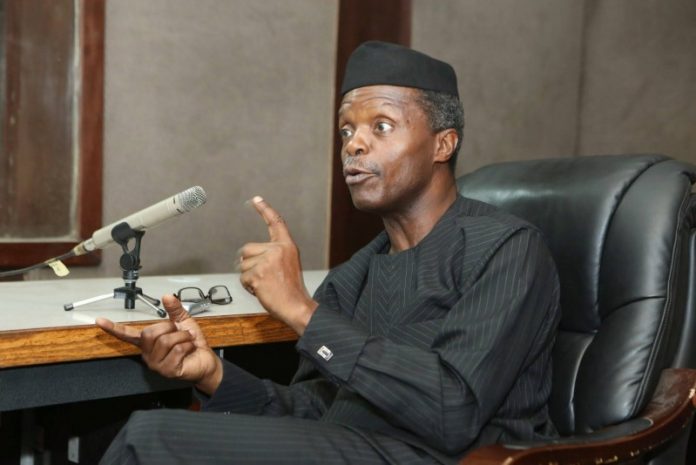 Acting President Yemi Osinbajo, has condemned the horrific  attack that has left dozens dead and about 120 houses burnt in simultaneous attacks carried out on Fulani settlements in Sardauna Local Government Area of Taraba State.

Osinbajo  promised that perpetrators of the attack would be brought to book.

While commiserating with the people of the affected communities, the entire government and people of Taraba State, the Acting President yesterday summoned and held an emergency meeting with top security officials of the Federal Government and Governor Darius Dickson Ishaku.

The Acting President Osinbajo also ordered the deployment of an extra military battalion, police reinforcements and also a deployment of the Nigeria Security and Civil Defense Corps to the areas affected.

Equally the Acting President has ordered the provision of relief materials to be delivered to the affected communities in Toffi, Mayo Daga, Mayo Sina, Tamiya, Kwara-Kwara, Tungan Lugere, Timjire, Nguroje and other villages in the hinterlands of Mambilla Plateau.