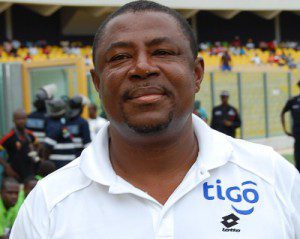 In a startling revelation, ex-Heart of Lions coach Paa Kwesi Fabian has revealed he quit the club after being forced to indulge in corruption and unethical practices four years ago.

The Ghana Under-17 trainer claims he was approached to throw a league match away against Liberty Professionals to save the capital-based side from being relegated in 2011.

“I always tell the clubs I don’t play match fixing. That was why I left Lions then. They were in fine form and we were playing against Liberty who were fighting relegation then,” Fabin is quoted by Global Sports.

“I was approached by our administrator but I refused and if you remember I didn’t sit on the bench for that game.”

Fabian is believed to be a principled coach who holds ethics in high esteem.