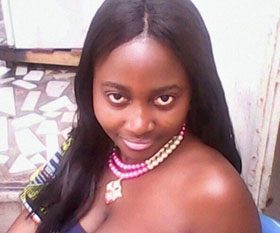 The family of a 24-year-old pregnant lady at Laterbiokorshie, a suburb of Accra is accusing authorities of the Korle-Bu Poly Clinic of negligence, causing her death.

Abigail Boateng was almost three months pregnant when she died at the Polyclinic, last Sunday.

Her sister, Jessica Boateng, claimed the doctor and nurses on duty at the time they reported to the clinic were aloof and demonstrated extreme apathy and failed to attend to her sister, resulting in her death four hours later.

Narrating the incident, an aggrieved Jessica Boateng claimed the health officials even refused to provide the family with a stretcher as they rushed her to the hospital. They were forced to put her on a wheelchair, she stated.

According to Jessica Boateng, her sister complained of backache and begged the care givers to allow her to lie down on the bare floor if there was no bed for her, but the unfriendly nurses objected to the suggestion.

The deceased was given a drip and some medication while sitting on the wheelchair and told to go home and continue with the medication.

Jessica Boateng said her sister?s pain aggravated so they had to go to a private hospital. Doctors at the private hospital then referred her to the Gynaecology Department of the Korle-Bu Teaching Hospital where she died.

An autopsy report is yet to be conducted on the deceased.

Meanwhile, authorities at the Korle-Bu Teaching Hospital say they would investigate the matter.

The incident comes in the wake of a similar charge of negligence levelled against authorities of the Komfo Anokye Teaching Hospital in Kumasi where about five babies said to have been born dead are missing.