At exactly 12 midnight last Friday, the Lion of Gonja Mahama’s reign as the President of Ghana came to an end. And has thus join ranks with his predecessors, John Agyekum Kufuor and Jerry John Rawlings, the two living ex-Presidents. 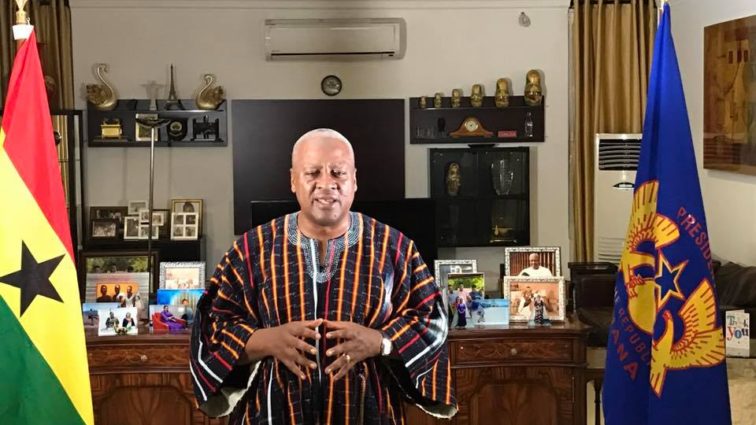 And by the time he handed over to the NPP’s Akufo-Addo on January 7, a new era has begun, an era filled with promises of counter-measures to create the impression that Ghana will become the paradise that Akufo-Addo has already constructed it by way of his promises and conceptualizations of what he could do to prove his competence. An interesting era to watch carefully!!

For the records, President Mahama will be leaving the scene, dogged by questions about why he lost the bid for a second term despite all the assurances of support given him wherever he went prior to Election 2016 because of his insistence on infrastructural development as the panacea to the myriad problems facing the country and people. Unfortunately, the outcome of the polls proved him wrong even though his opponents will definitely take advantage of the foundation that he has laid to launch their own agenda.

The NPP’s Akufo-Addo will step in to do whatever he has up his sleeves. Judging from the tall list of promises that he has made, which stood him in good stead at Election 2016, it is clear that he needs more than “rally ground talk” to sail through. As of now, the stage is set for him to take over; and take over, he will with all the baggage weighing him down.

Nothing new or strange to those of us who have been alive to the “changing times” of Ghanaian politics since the mid-1960’s. Only the wearer of the shoe knows where it pinches; and when wincing happens, onlookers will notice it all.

President Mahama has done a lot to be proud of—and to be respected for. That is why he should not fade away. No amount of calumny will change anything about him to damn his legacy. He stands tall in many ways—as an affable and peace-loving gentleman who worked hard to keep Ghana together despite all the challenges threatening to tear it apart.

As he hinted at in his last State of the Nation Address, he is handing over a peaceful Ghana to the Akufo-Addo camp to sustain. A major challenge!!

Regardless of his failures in whatever area that informed voters’ electoral decisions, he will join the ranks of those who have done their best to move Ghana forward in diverse ways. His failures shouldn’t be the trump-card to be played by those seeking to make Ghana a paradise. They are expected to come up with their own game plan for us to see how they will fare.

Four years hence, the moment of reckoning will dawn for them to be taken on as well. Their ability to sustain our democracy will allow that taking on to happen peacefully.

For now, let us congratulate President Mahama on his service to country and people and wish him all the best in any venture that he settles on.

In the same vein, let us welcome into office the Akufo-Addo team and breathe hard on their backs for them to know that their desire to outdo the Mahama legacy has to go beyond “rally ground talk”.

They have already lined themselves up for marching into the slaughter house and shouldn’t cry foul when taken on should they give Ghanaians nothing new.

I hope I will have the time to watch the swearing-in ceremony on Saturday so I can identify more issues to raise for comment.

In any case, what has happened since December 7 is a clear confirmation of the fact that Ghanaians are one people who belong to one country and have a common destiny. Let us continue to work together to make our country the oasis in the vast desert of chaos surrounding us.

That is the resounding message that bids good-bye to the Lion of Gonja. He will not disappear into the dustbin of (sodden) history. No doubt, no two ways, no curve, no bend!!

The GJA elections and matters arising

Tollbooth Levy and matters arising: Did Cabinet and Parliament approve the initiative?

COP26 and matters arising so far